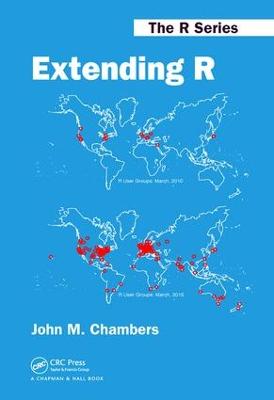 Written by John M. Chambers, the leading developer of the original S software, Extending R covers key concepts and techniques in R to support analysis and research projects. It presents the core ideas of R, provides programming guidance for projects of all scales, and introduces new, valuable techniques that extend R.

The book first describes the fundamental characteristics and background of R, giving readers a foundation for the remainder of the text. It next discusses topics relevant to programming with R, including the apparatus that supports extensions. The book then extends R's data structures through object-oriented programming, which is the key technique for coping with complexity. The book also incorporates a new structure for interfaces applicable to a variety of languages.

A reflection of what R is today, this guide explains how to design and organize extensions to R by correctly using objects, functions, and interfaces. It enables current and future users to add their own contributions and packages to R. 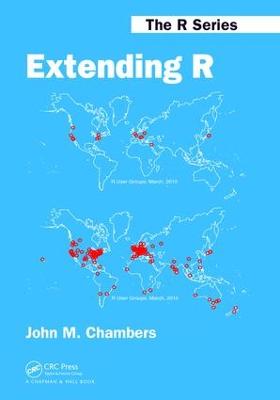 » Have you read this book? We'd like to know what you think about it - write a review about Extending R book by John M. Chambers and you'll earn 50c in Boomerang Bucks loyalty dollars (you must be a Boomerang Books Account Holder - it's free to sign up and there are great benefits!)

John M. Chambers is a consulting professor in the Department of Statistics at Stanford University. He previously worked at Bell Labs for 40 years, where he contributed to major research and management in statistical computing and related fields. He was the first statistician to be named a Bell Labs Fellow. Chambers is best known for the creation and extension of the S software, the predecessor to today's very popular R. He has continued to contribute essential new directions to R. In 1999, he was honored with the ACM Software System Award, which noted that "S has forever altered the way people analyze, visualize, and manipulate data." He is a board member of the R Foundation and the R Consortium; a fellow of the ASA, the IMS, and the AAAS; and an elected member of the ISI. He is the author or co-author of nine books, including the first comprehensive book on computational methods for statistics.

A Preview for this title is currently not available.
More Books By John M. Chambers
View All