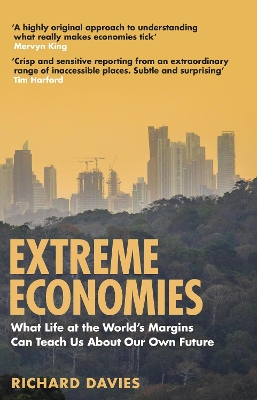 Inspiring and thought-provoking, Extreme Economies is filled with lively stories about human experience at society's limits, and what it can teach us about our future.

'Extreme Economies is a revelation - and a must-read.' Andy Haldane, Chief Economist at the Bank of England

To understand how humans react and adapt to economic change we need to study people who live in harsh environments. From death-row prisoners trading in institutions where money is banned to flourishing entrepreneurs in the world's largest refugee camp, from the unrealised potential of cities like Kinshasa to the hyper-modern economy of Estonia, every life in this book has been hit by a seismic shock, violently broken or changed in some way.

In his quest for a purer view of how economies succeed and fail, Richard Davies takes the reader off the beaten path to places where part of the economy has been repressed, removed, destroyed or turbocharged. He tells the personal stories of humans living in these extreme situations, and of the financial infrastructure they create. Far from the familiar stock reports, housing crises, or banking scandals of the financial pages, Extreme Economies reveals the importance of human and social capital, and in so doing tells small stories that shed light on today's biggest economic questions.

'A highly original approach to understanding what really makes economies tick.' Mervyn King, former Governor of the Bank of England 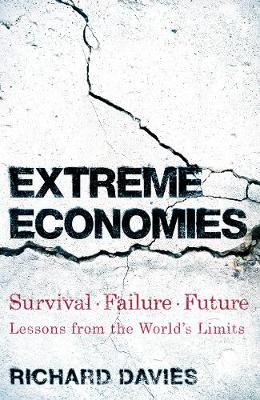 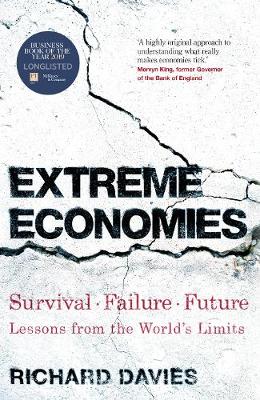 » Have you read this book? We'd like to know what you think about it - write a review about Extreme Economies: Survival, Failure, Future - Lessons from the World's Limits book by Richard Davies and you'll earn 50c in Boomerang Bucks loyalty dollars (you must be a Boomerang Books Account Holder - it's free to sign up and there are great benefits!)


A Preview for this title is currently not available.
More Books By Richard Davies
View All