Eye of the Raven

A Mystery of Colonial America

Description - Eye of the Raven by Eliot Pattison

With the aid of the Indian Shaman Conawago, Duncan McCallum has begun to heal from the massacre of his Highland clan by the British. But his new life is shattered when he and Conawago discover a dying Virginian officer nailed to an Indian shrine tree. To their horror, the authorities arrest Conawago and schedule his hanging. As Duncan begins a desperate search for the truth, he finds himself in a maelstrom of deception and violence. The year is 1760, and while the British army wishes to dismiss the killing as another casualty of its war with France, Duncan discovers a pattern of ritualistic murders that have less to do with the war than with provincial treaty negotiations and struggles between tribal factions. Ultimately he realizes that to find justice, he must brave the sprawling colonial capital of Philadelphia. There the answers are to be found in a tangle of Quakers, Christian Indians, and a scientist obsessed with the electrical experiments of the celebrated Dr. Franklin. With the tragic resolution in sight, Duncan understands the real mysteries underlying his quest lie in the hearts of natives who, like his Highland Scots, have glimpsed the end of their world approaching.

Other Editions - Eye of the Raven by Eliot Pattison 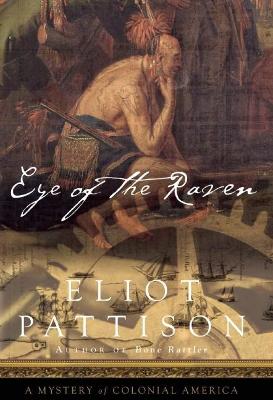 Book Reviews - Eye of the Raven by Eliot Pattison

» Have you read this book? We'd like to know what you think about it - write a review about Eye of the Raven book by Eliot Pattison and you'll earn 50c in Boomerang Bucks loyalty dollars (you must be a Boomerang Books Account Holder - it's free to sign up and there are great benefits!)


A Preview for this title is currently not available.
More Books By Eliot Pattison
View All