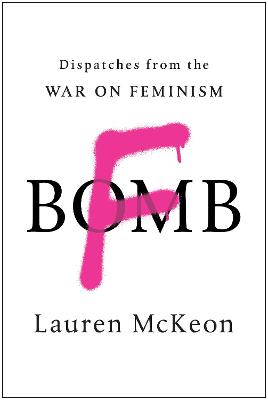 Dispatches from the War on Feminism

Why are women leading the fight against feminism and women's rights?

From pop icons to working mothers, women are abandoning feminism in unprecedented numbers. Even scarier, they are also leading the charge to send it to its grave. Across North America, women head anti-feminist PR campaigns; they support anti-feminist politicians; they're behind more than 70 lawsuits across North America to silence the victims of campus rape; they participated in Gamergate, the violent, vitriolic anti-women-in-technology movement; and they're on the frontlines of the fight to end reproductive rights. Everywhere we turn there's evidence an anti-feminist bomb has exploded, sometimes detonated by the unlikeliest suspects. Between women who say they don't need feminism and women who can't agree on what feminism should be, the challenges of fighting for gender equality have never been greater.

F-Bomb takes readers on a witty, insightful, and deeply fascinating journey into today's anti-feminist universe. Through a series of dispatches from the frontlines of the new gender wars, investigative journalist Lauren McKeon explores generational attitudes, debates over inclusiveness, and differing views on the intersection of race, class, and gender. She asks the uncomfortable question: If women aren't connecting with feminism, what's wrong with it? And she confronts the uncomfortable truth: For gender equality to prevail, we first need to understand where feminism has gone wrong and where it can go from here.

In a world where "everyday sexism" dominated Olympic coverage and in which 53 percent of white women voted for Donald Trump, F-Bomb presents urgent and necessary discussion on women's lives today.

Other Editions - F-Bomb by Lauren McKeon 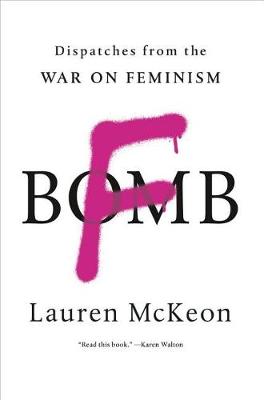 » Have you read this book? We'd like to know what you think about it - write a review about F-Bomb book by Lauren McKeon and you'll earn 50c in Boomerang Bucks loyalty dollars (you must be a Boomerang Books Account Holder - it's free to sign up and there are great benefits!)

Lauren McKeon was the editor of Canada's progressive, independent This Magazine from November 2011-October 2016. Always fierce and feisty, This is like the Mother Jones of the North and has been named one of the most influential Canadian magazines of all time--publishing the country's best and brightest thinkers in its 50-year history, including Margaret Atwood, Naomi Klein, and more. While at This, Lauren helmed one of the bestselling issues in recent years "Why Canada Need More Feminism," and also organized the corresponding sold-out event, which headlined a diverse, intersectional roster of speakers. Before leading This, Lauren worked as a reporter, editor and writer in the North for several years, living in Yellowknife, and travelling Canada's territories and northern Alberta. While there, she wrote about award-winning work about everything from prisons to pipelines. Today, she is a contributing editor at Toronto Life magazine, Canada's largest circulation city magazine, where she recently wrote about her experiences with sexual assault in the memoir 15 Years of Silence. In response, Lauren has heard from dozens of women around the world who've shared their own experiences--some for the first time--and was prominently featured in the documentary PTSD: Beyond Trauma, which aired in January 2017 on David Suzuki's The Nature of Things. Her personal essays, which tackle the world and her experiences through a not-so-rosy feminist lens, have twice been featured on Longreads.com, a popular site dedicated to "helping people find and share the best storytelling in the world." Her longform work has won her several Canadian National Magazine Awards, including three honorable mentions, one silver and, in 2015, a gold in the personal journalism category for her Toronto Life piece "Save me From My Workout." She teaches longform writing at Humber College and has a Master of Fine Arts in Creative Non-Fiction.

A Preview for this title is currently not available.
More Books By Lauren McKeon
View All