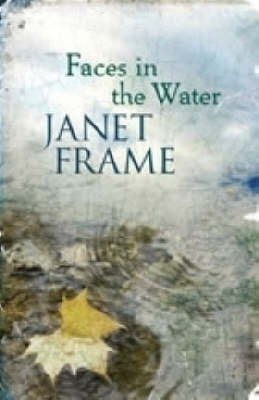 Faces In The Water

Description - Faces In The Water by Janet Frame

Faces in the Water draws on the experiences of Janet Frame's early life, but it also explores the world of the mind - isolated and inarticulate - showcasing Frame's wisdom, compassion and genius.

Faces in the Water draws on the experiences of Janet Frame's early life, but it also explores the world of the mind - isolated and inarticulate - showcasing Frame's wisdom, compassion and genius.

In Faces in the Water (first published in 1961), Janet Frame responded to her doctor's suggestion that 'as I was obviously suffering from the effects of my long stay in hospital in New Zealand, I should write my story of that time to give me a clearer view of the future.' This writing evolved into an intensely imagined, fictionalised account in which the protagonist, Istina Mavet, moves in and out of mental hospitals, facing the terrors of electric-shock treatment and the threat of a leucotomy.

Other Editions - Faces In The Water by Janet Frame 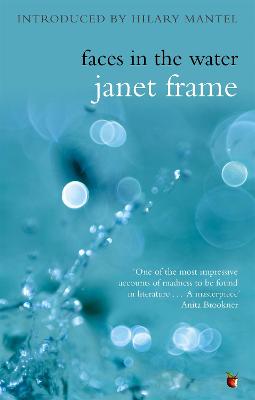 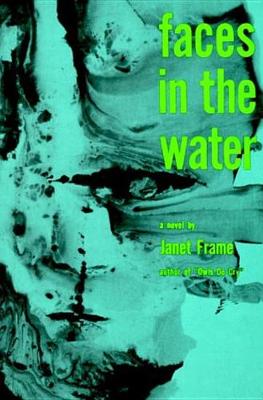 View all editions of Faces In The Water by Janet Frame

Book Reviews - Faces In The Water by Janet Frame

» Have you read this book? We'd like to know what you think about it - write a review about Faces In The Water book by Janet Frame and you'll earn 50c in Boomerang Bucks loyalty dollars (you must be a Boomerang Books Account Holder - it's free to sign up and there are great benefits!)

Janet Frame was born in Dunedin in 1924. She was the author of eleven novels, five collections of stories, a volume of poetry and a children's book. She was a Burns Scholar and a Sargeson Fellow and won the New Zealand Scholarship in Letters and the Hubert Church Award for Prose. She was made a CBE in 1983 for services to literature, awarded an honorary doctorate of literature from Otago University in 1978, and one from Waikato University in 1992. She received New Zealand's highest civil honour in 1990 when she was made a Member of the Order of New Zealand. Janet Frame died in January 2004.

A Preview for this title is currently not available.
More Books By Janet Frame
View All