The Fall of the House of Fifa

Description - The Fall of the House of Fifa by David Conn

The definitive story of Fifa - from its humble beginnings as the amateur organiser of international football, to the behemoth mired in corruption, written by one of the greatest investigative writers in football.

The Fall of the House of Fifa is the definitive story of Fifa's rise - and the most spectacular fall sport has ever seen.

A century later- 'Fifa is a Racketeering Influenced Corrupt Organisation (RICO) enterprise' - A judge in Brooklyn, using a term originally coined for the mafia

For forty years Joao Havelange and then Sepp Blatter presided over a Fifa now plagued with scandal - dawn raids, FBI investigations, allegations of money laundering, industrial-scale bribery, racketeering, tax evasion, vote-buying and theft. Now David Conn, football's most respected investigative journalist, chronicles the extraordinary history and staggering scale of corruption. He paints revealing portraits of the men at the centre of Fifa - the power brokers, the indicted, the legends like Franz Beckenbauer and Michel Platini - and puts the allegations to Blatter himself in an extended interview.

Buy The Fall of the House of Fifa by David Conn from Australia's Online Independent Bookstore, Boomerang Books. 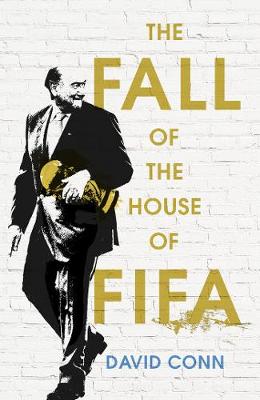 » Have you read this book? We'd like to know what you think about it - write a review about Fall of the House of Fifa book by David Conn and you'll earn 50c in Boomerang Bucks loyalty dollars (you must be a Boomerang Books Account Holder - it's free to sign up and there are great benefits!)

David Conn is the author of The Beautiful Game? and multi-award-winning journalist for the Guardian. He has been awarded UK sports news reporter of the year three times, and sports journalist of the year in the British Journalism Awards. David has many years of unique experience carrying out original investigations into football and its modern relationship with money, and has been a key part of the Guardian's coverage of the Fifa crisis.

A Preview for this title is currently not available.
More Books By David Conn
View All