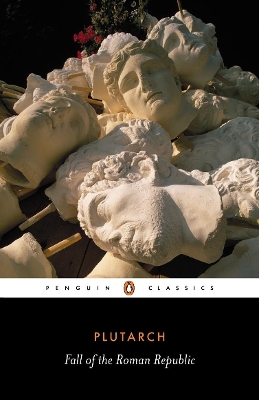 Fall of the Roman Republic

Description - Fall of the Roman Republic by Plutarch

Plutarch has been called the last of the classical Greek historians and the first modern biographer. Above all, Plutarch was a superb dramatic artist and a brilliant popularizer, a writer who has influenced Shakespeare and many other with his vivid studies of the great Greek and Roman leaders.Plutarch's interest is not in historical analysis but rather in character, in the influences of birth and education, in the significance of individual fame and the moral issue this raises. Born in Boeotia in AD 46, he witnessed both the best and the worst aspects of Roman life during the first century AD - the burgeoning of Latin literature, but also the long and bloody foreign and civil wars that marked the collapse of the Republic and ushered in the Empire. Collected here are his lives of the six men who played a central part in those events- Marius and Sulla, Crassus and Cicero, Pompey and Caesar.

Other Editions - Fall of the Roman Republic by Plutarch Book Reviews - Fall of the Roman Republic by Plutarch

» Have you read this book? We'd like to know what you think about it - write a review about Fall of the Roman Republic book by Plutarch and you'll earn 50c in Boomerang Bucks loyalty dollars (you must be a Boomerang Books Account Holder - it's free to sign up and there are great benefits!)