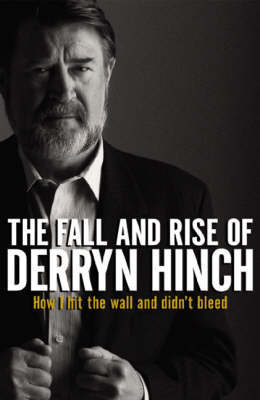 The Fall & Rise of Derryn Hinch

The Fall & Rise of Derryn Hinch is the story of a man who had it all, lost it all, and got it together again to be at the top of his profession. He was mentored by Christopher Skase and headed a successful national television current affairs show. Married an Australian sweetheart, Jacki Weaver. Had houses in Hawaii and Australia. But by the mid-1990s, Derryn Hinch was sacked - for the fourteenth time in his career - from his television show and ended the decade doing it tough on the slopes of Mount Macedon. The Toorak mansion, Hawaiian retreats, wife and career were all gone; he went from French champagne and Beluga caviar to cheap wine and soup and bread. How Hinch survived this bleak period to come out on top - he is once again ruling the airwaves through his radio show on 3AW - is the stuff of Frank Sinatra songs and tabloid fodder. Behind the headlines we find a person with a relentless work ethic; even in the depths of his nadir, the brain was working - the laptop filled with column ideas, a possible TV series, a film script, a book synopsis.. Throughout, he believed that he could make it back, and that he had the skills that somebody else would want. When people were exhorting him to declare himself bankrupt to hurdle over his financial problems, he chose instead to work himself out of debt. As he put it, for a journalist/commentator, bankruptcy was the end, not a mere fiscal ploy - if declared bankrupt, how could he ever again criticise a state or federal treasurer for a shonky budget? How could he ever again trap a Prime Minister on air? These and other contradictions are in "The Fall & Rise of Derryn Hinch", a study of a man of many faces. His willingness to stand up and be counted on controversial issues has made him a figure about whom everyone has an opinion. 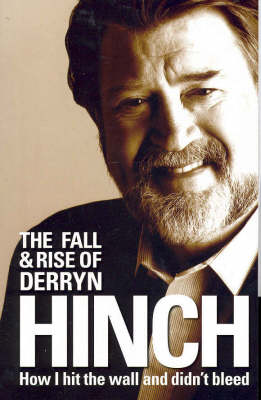 » Have you read this book? We'd like to know what you think about it - write a review about Fall & Rise of Derryn Hinch book by Derryn Hinch and you'll earn 50c in Boomerang Bucks loyalty dollars (you must be a Boomerang Books Account Holder - it's free to sign up and there are great benefits!)


A Preview for this title is currently not available.
More Books By Derryn Hinch
View All