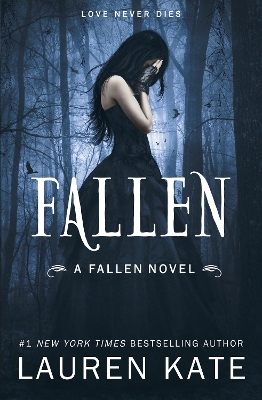 Book 1 of the Fallen Series

Get ready to fall . . .The bestselling gothic romance, for adult and teenage fans of supernatural fiction.

SOME ANGELS ARE DESTINED TO FALL.Instant. Intense. Weirdly familiar . . .The moment Luce looks at Daniel she knows she has never felt like this before. Except she can't shake the feeling that she has . . . and with him - a boy she doesn't remember ever setting eyes on.Will her attempt to find out why enlighten her - or destroy her?Dangerously exciting and darkly romantic. Fallen is a thrilling story about forbidden love.

Other Editions - Fallen by Lauren Kate 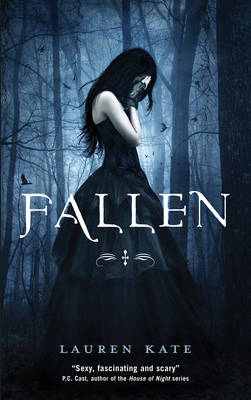 » Have you read this book? We'd like to know what you think about it - write a review about Fallen book by Lauren Kate and you'll earn 50c in Boomerang Bucks loyalty dollars (you must be a Boomerang Books Account Holder - it's free to sign up and there are great benefits!)

On the news one night there was a story of the next big thing to capture the attention of young adult fiction readers, following the mass hysteria surrounding Stephanie Meyer's Twilight series. As a big fan of the genre I immediately went to the local library to borrow Lauren Kate's Fallen. Of course there was a waiting list, but once I finally got my hands on the book I have devoured the contents over a weekend. As an avid reader I was dubious that another author could live up to the hype, but I was wonderfully and deliciously surprised. Luce and Daniel, the protagonists, are unique, inventive and captivating characters. The author's writing style is fast-paced, engrossing and immensely descriptive. I am eager to read the other novels in the series as I am sure that they will not disappoint and I am lucky to have discovered Lauren Kate and her world of fallen angels. We all want to believe and hope for true love and this storyline will renew your faith.

Fallen has a promising start - it's dark, mysterious and has a Gothic charm. But somehow, the author fails to present the story well enough to hold my attention. Luce was a teenager who seems normal but actually not. She was sent to Sword & Cross because of an accident that took her (boy)friend's life. I was expecting some explanation about how the fire happened, but the author never satisfy my curiousity. There was no explanation about the other fire accident that happened when Luce was at the library of Sword & Cross that left a classmate dead either.

Daniel Grigori was aloof, cool and distant. Luce had a feeling that she had known him for a long time, and she tried everything to know more about him. But on the other hand, she had some feelings for Cam, a boy who openly showed his interest for Luce. She was treating Cam as if he was a substitute when Daniel is not present. I thought that was really a bad thing to do. And she was so obsessive about Daniel that she wanted to peek through his personal database, but only found a sheet of paper. She constantly whined about how she loved Daniel, how handsome and strikingly gorgeous he was, felt like they've met before and swooned over him. That made her a real shallow person.

Penn was the only character in Fallen that I've grown to like. She was the only one who treated Luce as a real friend. She was supportive and helpful. And yet, her fate was miserable. I wished the author didn't write it that way.

The story was good at first, then getting better and better, although it was really long and inconsequential sometimes. But the ending was really disappointing. It was like a bucket of cold water being doused over my head. It didn't make much sense, nor there is any explanation. I felt lost. And the lines just sounded strange. Read this and you'll know:

"Or this?" Cam asked, shrugging as the hideous, formless darkness settled around him. The insects each began to grow and unfold, becoming larger than an insect could ever be, dripping like glue and growing into black segmented bodies. Then, as if they were learning how to use their shadow limbs as they formed, they slowly hoisted themselves onto their numerous legs and came forward, like mantises grown to human height. Cam welcomed them as they swarmed around him. Soon they had formed a massive army of embodied night behind Cam.*

Had Cam just turned into a Digimon Trainer? LOL.

To wrap things up, Fallen has a great premise, but it didn't turn out to be what I expected. I was somewhat baffled. I seriously wanted it to work, but sadly, it didn't. I love the cover, though. It's one of the best I've seen.

Lauren Kate grew up in Dallas, went to school in Atlanta, and started writing in New York. She now lives in Los Angeles.

Mindfulness and Meditation: Handling Life with a Calm and Focused Mind
Whitney Stewart
$23.51 $27.99