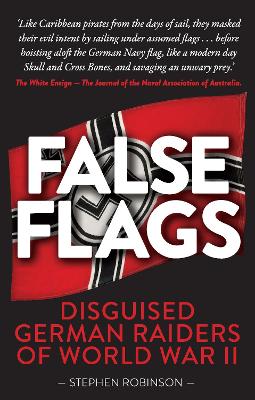 Now available in paperback, False Flags tells the epic story of German raider voyages to the South Seas during the early years of World War II. In 1940 the raiders Orion, Komet, Pinguin and Kormoran left Germany and waged a 'pirate war' in the South Seas - part of Germany's strategy to attack the British Empire's maritime trade on a global scale. Their extraordinary voyages spanned the globe and are maritime sagas in the finest tradition of seafaring. The four raiders voyaged across the Atlantic, Pacific and Indian oceans as well as the Arctic and Antarctic. They sank or captured 62 ships in a forgotten naval war that is told here in its entirety. The Orion and Komet terrorised the South Pacific and New Zealand waters before Pearl Harbor when the war was supposed to be far away. The Pinguin sank numerous Allied merchant ships in the Indian Ocean before mining the approaches to Australian ports and capturing the Norwegian whaling fleet in Antarctica. The Kormoran raided the Atlantic but will always be remembered for sinking the Australian cruiser Sydney off Western Australia, killing all 645 sailors on board in tragic circumstances. False Flags is also the story of the Allied sailors who encountered these raiders and fought suicidal battles against a superior foe as well as the men, women and children who endured captivity on board the raiders as prisoners of the Third Reich. 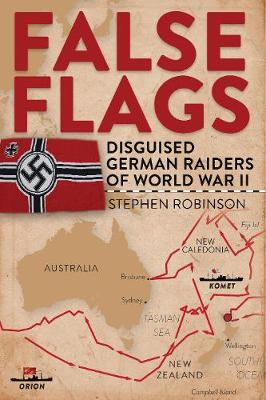 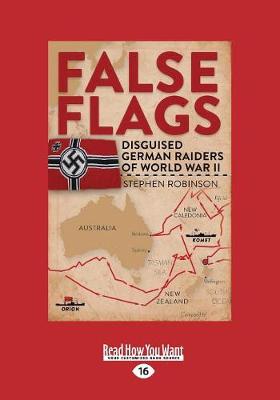 » Have you read this book? We'd like to know what you think about it - write a review about False Flags: Disguised German Raiders of World War II book by Stephen Robinson and you'll earn 50c in Boomerang Bucks loyalty dollars (you must be a Boomerang Books Account Holder - it's free to sign up and there are great benefits!)


A Preview for this title is currently not available.
More Books By Stephen Robinson
View All