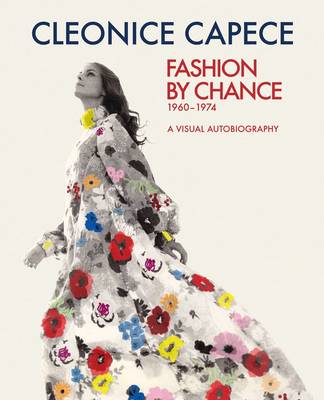 In 'Fashion by Chance' Italian fashion designer Cleonice Capece provides a vivid and richly documented account of how creativity, entrepreneurial courage and institutional support played a key role in the success of 'Made in Italy'. Capece offers the testimony of someone directly involved in the fashion world, working during the key years of Italian fashion, between 1960 and 1974. Her designs were sold in more than thirty countries - around Europe, The United States, Canada, Lebanon, Singapore, and Japan - by boutiques and department stores such as Harrods and Fortnum and Mason in London; B. Altman, Bergdorf Goodman, I. Magnin, Lord and Taylor, and Saks in New York; Holt Renfrew on Montreal; and Isetan and Matsuya in Tokyo. Her collections were shown twice a year in Florence at Palazzo Pitti, Paris, London, Dusseldorf, New York, Tokyo, Hong Kong, and Singapore. In addition to an engrossing story told by a designer involved in creating the 'Made in Italy' brand, the book features an extraordinarily rich iconographic documentation of the designer's activity - mostly published here for the first time - including fashion shoots, press clippings, personal archive material, and drawings. AUTHOR: Cleonice Capece lives and works in London, where she moved in 1974 to open her showroom at 28, Conduit St. Her collections and production were all Made in Italy . She has also designed and collaborated with many English companies, including Burberry, Daks, Maxwell Cooper, Woolea and others. She currently works as fashion consultant for Italian and British manufacturers. She has received six awards including Venice 'Grand Prix Haute Couture' 1970-71 and 'Schubert Award for Fashion' 1972. Her collections have been photographed by magazines such as Vogue and Linea Italiana and magazines and newspapers all over the world. 120 colour and 186 b/w photographs

» Have you read this book? We'd like to know what you think about it - write a review about Fashion by Chance book by Cleonice Capece and you'll earn 50c in Boomerang Bucks loyalty dollars (you must be a Boomerang Books Account Holder - it's free to sign up and there are great benefits!)

Cleonice Capece lives and works in London. During the 1980s she was head designer of sportswear at Burberry. Since the 1990s she has worked as a fashion designer and production consultant for both Italian and British manufacturers. She has received six awards including Venice's 'Grand Prix Haute Couture' 1970-71 and 'Schubert Award for Fashion' 1972. Her collections have been photographed by magazines such as Vogue, Linea Italiana and magazines and newspapers all over the world.