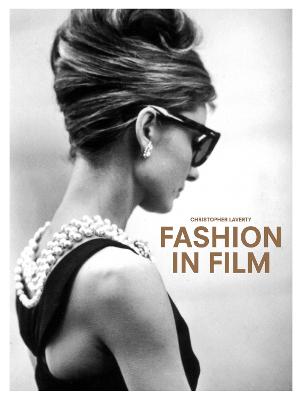 Fashion designers have been involved in movies since the early days of cinema. The result is some of the most eye-catching and influential costumes ever committed to film, from Ralph Lauren's trend-setting masculine style for Diane Keaton in Annie Hall to Audrey Hepburn's little black Givenchy dress in Breakfast at Tiffany's.

Fashion in Film celebrates the contributions of fashion designers to cinema, exploring key garments, what they mean in context of the narrative, and why they are so memorable. Illustrated with beautiful film stills, fashion images and working sketches, this book will appeal to lovers of both fashion history and cinema.

Other Editions - Fashion in Film by Christopher Laverty » Have you read this book? We'd like to know what you think about it - write a review about Fashion in Film book by Christopher Laverty and you'll earn 50c in Boomerang Bucks loyalty dollars (you must be a Boomerang Books Account Holder - it's free to sign up and there are great benefits!)

Christopher Laverty is a costume and fashion writer and consultant. As the creator and editor of the award-winning website Clothes on Film, he has appeared on HBO and the BBC, and in countless publications. He recently contributed to a book about the film The Grand Budapest Hotel.

A Preview for this title is currently not available.
More Books By Christopher Laverty
View All