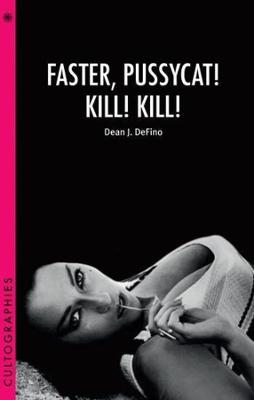 Russ Meyer's Faster, Pussycat! Kill! Kill! (1965) is an enigma. A box-office failure when initially released on the grindhouse circuit, it has since been embraced by art-house audiences, and referenced in countless films, television series, and songs. A riot of styles and story clich??s lifted from biker, juvenile delinquency, and beach party movies, it has the coherence of a dream, and the improvisatory daring of a jazz solo. John Waters has called it the greatest movie ever made, and Quentin Tarantino has long promised to remake it. But what draws them, and so many other cult fans to Pussycat? To help answer that question, this book looks at the production and critical reception of the film, its place within the cultural history of the 1960s, its representations of gender and sexuality, and the specific ways it meets the criteria of a cult film.

» Have you read this book? We'd like to know what you think about it - write a review about Faster, Pussycat! Kill! Kill! book by Dean DeFino and you'll earn 50c in Boomerang Bucks loyalty dollars (you must be a Boomerang Books Account Holder - it's free to sign up and there are great benefits!)


A Preview for this title is currently not available.
More Books By Dean DeFino
View All