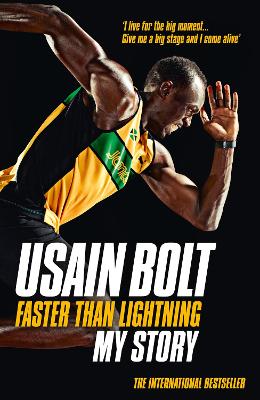 Faster than Lightning: My Autobiography

Description - Faster than Lightning: My Autobiography by Usain Bolt

The autobiography of the fastest man of all time and a superstar whose talent and charisma have made him one of the most famous people on the planet. Whether you know athletics or not, and even whether you know sport or not, chances are you know Usain Bolt. The fastest man on the planet, not just now but ever, Usain has won the hearts of people everywhere with his mind-blowing performances and his infectious charisma - uniting supporters around the world.

In this, his full autobiography, Usain tells his story in his own words: from humble beginnings in Jamaica, to international stardom at Beijing and on to the new heights of superstardom he has reached since lighting up London 2012 and Rio in 2016.

Full of the charm and charisma that has made him the most popular sporting figure of our time and a universal celebrity, this is a book that Usain's millions of fans will love.

Other Editions - Faster than Lightning: My Autobiography by Usain Bolt 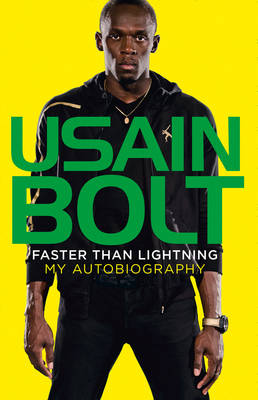 Book Reviews - Faster than Lightning: My Autobiography by Usain Bolt

» Have you read this book? We'd like to know what you think about it - write a review about Faster than Lightning: My Autobiography book by Usain Bolt and you'll earn 50c in Boomerang Bucks loyalty dollars (you must be a Boomerang Books Account Holder - it's free to sign up and there are great benefits!)

Usain Bolt is a Jamaican sprinter widely regarded as the fastest person ever. He is the first man to hold both the 100 metres and 200 metres world records since 1977. Along with his team-mates, he also set the world record in the 4x100 metres relay. He is the reigning Olympic champion in these three events, the first man to win 9 Olympic gold medals in sprinting, and a eleven-time World champion. He was the first to achieve a `triple-triple' by winning 100m, 200m and 4x100m relays titles at 3 consecutive Olympics (2008, 2012 and 2016).His 2009 record breaking margin for 100 m, from 9.69 (his own previous world record) to 9.58, is the highest since records began.