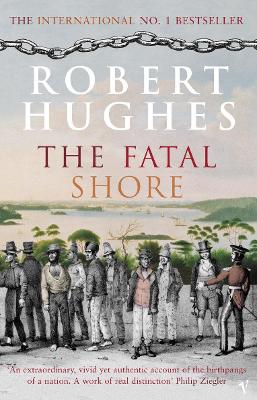 "An extraordinary vivid yet authentic account of the birthpangs of a nation. A work of real distinction' Philip Ziegler"

"In 1787, the twenty-eighth year of the reign of King George III, the British Government sent a fleet to colonize Australia. An epic description of the brutal transportation of men, women and children out of Georgian Britain into a horrific penal system which was to be the precursor to the Gulag and was the origin of Australia. The Fatal Shore is the prize-winning, scholarly, brilliantly entertaining narrative that has given its true history to Australia."

Other Editions - The Fatal Shore by Robert Hughes 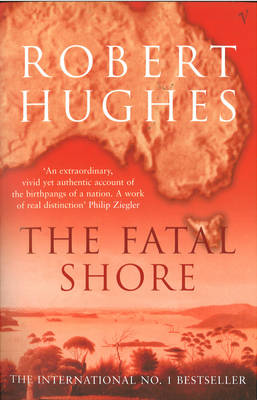 » Have you read this book? We'd like to know what you think about it - write a review about Fatal Shore book by Robert Hughes and you'll earn 50c in Boomerang Bucks loyalty dollars (you must be a Boomerang Books Account Holder - it's free to sign up and there are great benefits!)

Robert Hughes, art critic of Time magazine and twice winner of the American College Art Association's F. J. Mather Award for distinguished criticism, is author of The Shock of the New, and of Heaven and Hell in Western Art, both written before the present work. He is also author of the acclaimed Nothing if Not Critical, "criticism at its most intelligent and impressive, trenchant, lucid, elegantly written" in the words of William Boyd; a work on Frank Auerbach; Barcelona, and Culture of Complaint, essays on the fraying of America, described in the Observer as " the most bracing of critical broadsides against new anti-intellectual tyrannies". Robert Hughes died in August 2012.