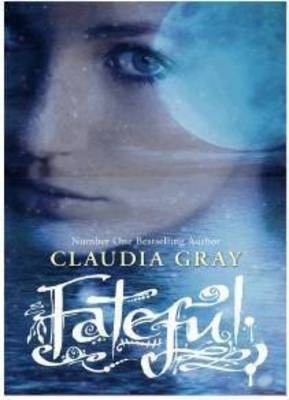 Paranormal danger and intrigue fill this electrifying romance set aboard the Titanic! New from the No.1 bestselling author of the EVERNIGHt series the RMS tItANIC might be the most luxurious ship in the world, but all passenger tess Davies wants to do is escape her dreary existence as a maid. trapped in a web of painful memories and twisted family secrets, tess vows to make a run for it as soon as the ship reaches New York. A new world awaits ... and a new life! Her single-minded obsession shatters when she meets Alec. Handsome and mysterious, he captivates her immediately - but Alec has secrets of his own. As she uncovers the darkness lurking beneath his sophisticated surface, tess discovers a horrifying truth. Werewolves, once only the stuff of nightmares, are real- and they are stalking Alec. tess's love for Alec puts her in mortal peril, but an even greater danger lies in front of her before their journey on the tItANIC is over ...

Other Editions - Fateful by Claudia Gray 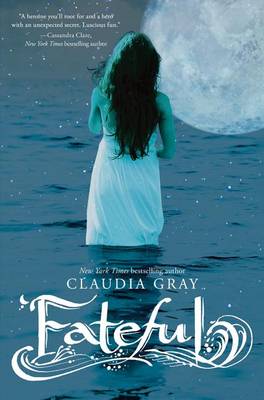 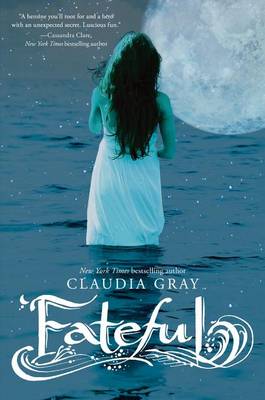 » Have you read this book? We'd like to know what you think about it - write a review about Fateful book by Claudia Gray and you'll earn 50c in Boomerang Bucks loyalty dollars (you must be a Boomerang Books Account Holder - it's free to sign up and there are great benefits!)

We meet young servant to the Lisle family, Tess Davies, the night before the maiden voyage of the RMS Titanic, when a werewolf nearly attacks her and a young man saves her life. But is her saviour noble or perhaps more dangerous than the terrifying wolf? From that moment on, Tess is pulled into the dark and dangerous world of supernatural, all while dealing with her own trouble-filled life as she tends to the needs of the Lisle's. Tess' life as a servant and the clear divide between the rich and poor was written very realistically. Claudia obviously did her research. While Lady Regina and her son, Layton, are the perfect portrait of rich snobbery, it's the daughter, Irene, that is the most decent of the family. She's sweet and caring and I really enjoyed the endearing relationship between her and Tess.

I really admired Tess' character. Despite her position in society, she's confident, intelligent and headstrong. She's a brave young girl, willing to stand up for herself and fight for what she believes is right. She was so easy to grow attached to. I absolutely adored her romance with Alec. It's often hard to believably have two characters fall in love within a matter of days, but Claudia has written a romance so beautiful, so touching, laced with the right amount of danger and tragedy that you'll be desperately hoping for a happy ending. The chemistry between Tess and Alec was palpable, you see that love developing with every moment shared together, feel that connection grow deeper and deeper. These are the kind of love stories done right.

From Jack and Rose, to Alec and Tess, Titanic is a beautifully tragic setting for any romance. In large part thanks to the movie, I could easily visual the ship throughout the novel and it was sort of fascinating to imagine these werewolves crashing about in the below decks. What would the passengers think if they knew what lurked below? Adding a paranormal touch to one of the most historic events in history could have had disastrous consequences, but Claudia Gray pulled it off flawlessly. The mythology of the werewolves were interesting and the ominous werewolf pack known as the Brotherhood, added the real spark of danger. Particularly Mikhail, who has his filthy leering eyes set on Tess and adamant in forcing Alec into joining the Brotherhood, at any cost. At risk of anyone's life. He revels in that sheer savagery of being a wolf. He considers himself a god. The reader considers him a [word not appropriate for sensitive ears].

We all know this ill-fated voyage ends at the bottom of the Atlantic ocean. Throughout the novel there's that eerie sense of foreboding as each day ticks by. When will the iceberg hit? Who will make it out alive? Claudia makes you feel for every character - whether that's love or hate - you become invested in each of their lives and can't help but question each fate. Yet at the same time, that knowledge of the impending disaster doesn't detract from the story, it only adds to it the incredible atmosphere.

Fateful is heartwarming and heartbreaking. Claudia Gray has delivered a breathtaking novel that will sweep you into the past, across the Atlantic and right into the heart of the ocean. It will plunge into the darkest waters, with just enough light peeking through to give you hope for these characters you have grown so fond of. Set sail upon a thrilling, tender and pulse-pounding voyage. Destination? A one-way ticket to your heart.


A Preview for this title is currently not available.
More Books By Claudia Gray
View All