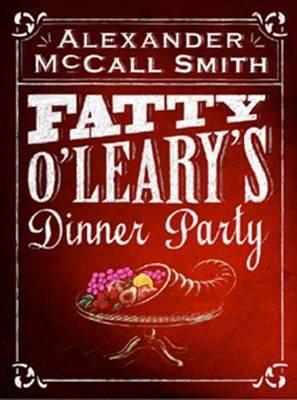 His loving wife Betty plans a trip to Ireland for his 40th birthday and almost immediately things go wrong: the seats in economy class on the plane are too small; Irish bathroom furniture is not as commodious as he'd have liked. And all the time Fatty must put up with the unthinking cruelty of strangers.

In an hilarious and touching portrayal of a kindly and misunderstood soul, McCall Smith has created yet another memorable character who will become an instant favourite to his many fans. 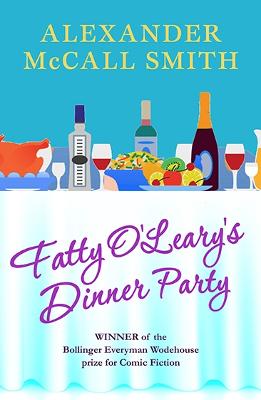 » Have you read this book? We'd like to know what you think about it - write a review about Fatty O'Leary's Dinner Party book by Alexander McCall Smith and you'll earn 50c in Boomerang Bucks loyalty dollars (you must be a Boomerang Books Account Holder - it's free to sign up and there are great benefits!)

Fatty O’Leary’s Dinner Party is the third stand-alone adult novel by popular British author, Alexander McCall Smith. Cornelius Patrick O’Leary, Fatty to his friends (who include Tubby O’Rourke and Porky Flanagan) is an antique furniture dealer in Fayetteville, Arkansas, and happily married to Betty. For his fortieth birthday, Betty decides to treat her husband to a an Irish vacation to experience the land of his ancestors: his grandfather departed from County Tipperary almost seventy years earlier, in 1910. But before they even depart American soil, due to a combination of unwise choices, prejudicial attitudes and unkind strangers, they suffer the first of what becomes a series of misfortunes, humiliations and indignities. After a few days in Ireland, Betty is rueing her choice of gift, what with missing luggage, unpleasant dinner companions, purloined laundry, a broken bed and a bathtub embarrassment. Fatty remains genial (so much easier than taking offence at every little thing), but eventually, despite the friendliness of an aristocratic fellow diner, an unintentional purchase and a painful experience ensure that he, too, wants only to go home to Arkansas. But Fatty finds that, even at home, he is subject to unpleasantness, until he finally makes a stand. McCall Smith divides his story in the manner of a menu, into Starter, Main Course and Last Course. As usual, his story is filled with gentle philosophy as his characters muse on derogatory nicknames, Irish Americans, passenger prejudice, people of generous proportions, fat farms and the empowerment of feeling well-shod. Fatty is a likeable character and the reader will feel sympathetic at his misfortunes, although he is not entirely blameless in every instance. His stoic attitude serves him well: he can endure a great deal because he believes “Things can hurt us only if we allow them to hurt us; if we think of them as trials over which we can easily triumph, then their sting is drawn.” As in real life, none of the characters is wholly good or bad: even the nasty ones surprise with random charitable acts. The plot may be fairly straightforward, but there is still a bit of a twist at the end. A delightful read.