'One of the greatest anti-heroes ever written' LEE CHILD'A man doesn't work for his enemies unless he has little choice in the matter.' So says Bernie Gunther. It is 1954 and Bernie is in Cuba. Tiring of his increasingly dangerous work spying on Meyer Lansky, Bernie acquires a boat and a beautiful companion and quits the island. But the US Navy has other ideas, and soon he finds himself in a place with which he is all too familiar - a prison cell. After exhaustive questioning, he is flown back to Berlin and yet another prison cell with a proposition: work for French intelligence or hang for murder. The job is simple: he is to meet and greet POWs returning to Germany and to look out for one in particular, a French war criminal and member of the French SS who has been posing as a German Wehrmacht officer. The French are anxious to catch up with this man and deal with him in their own ruthless way. But Bernie's past as a German POW in Russia is about to catch up with him - in a way he could never have foreseen. Bernie Gunther's seventh outing delivers more of the fast-paced and quick-witted action that we have come to expect from Philip Kerr. Set in Cuba, a Soviet POW camp, Paris and Berlin, and ranging over a period of twenty years from the Thirties to the Fifties, Field Grey is an outstanding thriller by a writer at the top of his game. 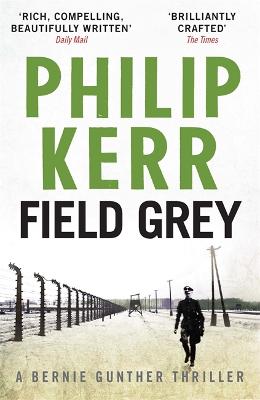 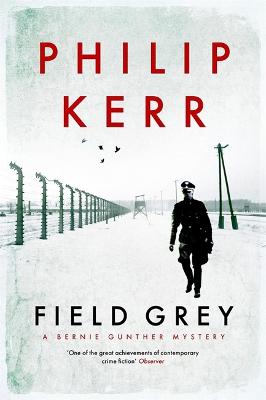 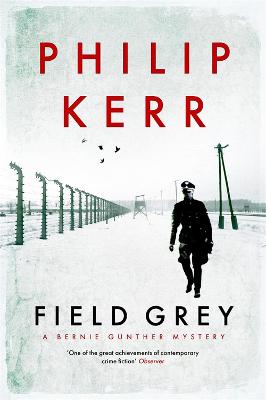 » Have you read this book? We'd like to know what you think about it - write a review about Field Grey book by Philip Kerr and you'll earn 50c in Boomerang Bucks loyalty dollars (you must be a Boomerang Books Account Holder - it's free to sign up and there are great benefits!)