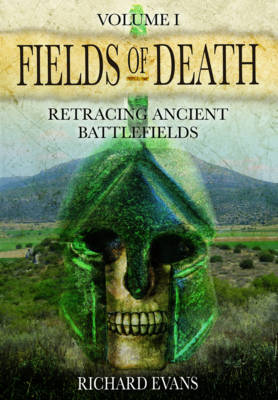 Richard Evans revisits the sites of a selection of Greek and Roman battles and sieges to seek new insights. The battle narratives in ancient sources can be a thrilling read and form the basis of our knowledge of these epic events, but they can just as often provide an incomplete or obscure record. Details, especially those related to topographical and geographical issues which can have a fundamental importance to military actions, are left tantalisingly unclear to the modern reader. The evidence from archaeological excavation work can sometimes fill in a gap in our understanding, but such an approach remains uncommon in studying ancient battles. By combining the ancient sources and latest archaeological findings with his personal observations on the ground, Richard Evans brings new perspectives to the dramatic events of the distant past. For example, why did armies miss one another in what we might today consider relatively benign terrain? Just how important was the terrain in determining victory or defeat in these clashes. The author has carefully selected battles and sieges to explore, first of all to identify their locations and see how these fit with the ancient evidence. He then examines the historical episodes themselves, offering new observations from first-hand study of the field of battle along with up-to-date photographs, maps and diagrams. In the process he discusses whether and how the terrain has since been changed by land use, erosion and other factors, and the extent to which what we see today represents a real connection with the dramatic events of the distant past. This first volume considers: 1. The Greek Victory over the Persians at Marathon (490 BC) 2. Leonidas and his Three Hundred Spartans at Thermopylae (480 BC) 3. The Athenian Siege of Syracuse (414-413 BC) 4. The Syracusan Siege of Motya (397 BC) 5. Alexander's Defeat of Darius at Issus (333 BC) 6. Hannibal's Victory at Cannae (216 BC) 7. Titus Quinctius Flamininus and Philip V at Cynoscephalae (197 BC) 8. Gaius Marius' Victory over the Teutones at Aquae Sextiae (102 BC) 9. Octavian versus Antony and Cleopatra of Egypt: The Battle of Actium (31 BC) 10. The First Battle of Bedriacum (April AD 69) SELLING POINTS: Considers selected battles in light of latest research Battles reinterpreted after careful identification and first-hand study of the ground over which they were fought Redresses the neglect of terrain in the study of ancient battles ILLUSTRATIONS: 40 colour illustrations and 40 maps

» Have you read this book? We'd like to know what you think about it - write a review about Fields of Death book by Richard Evans and you'll earn 50c in Boomerang Bucks loyalty dollars (you must be a Boomerang Books Account Holder - it's free to sign up and there are great benefits!)