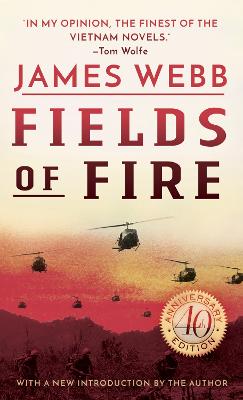 "In my opinion, the finest of the Vietnam novels."--Tom Wolfe

They each had their reasons for joining the Marines. They each had their illusions. Goodrich came from Harvard. Snake got the tattoo--"Death Before Dishonor"--before he got the uniform. Hodges was haunted by the ghosts of family heroes. They were three young men from different worlds, plunged into a white-hot, murderous realm of jungle warfare as it was fought by one Marine platoon in the An Hoa Basin, 1969. They had no way of knowing what awaited them. Nothing could have prepared them for the madness to come. And in the heat and horror of battle they took on new identities, took on one another, and were each reborn in fields of fire.

Fields of Fire is James Webb's classic novel of the Vietnam War, a novel of poetic power, razor-sharp observation, and agonizing human truths seen through the prism of nonstop combat. Weaving together a cast of vivid characters, Fields of Fire captures the journey of unformed men through a man-made hell--until each man finds his fate.

Praise for Fields of Fire

"Few writers since Stephen Crane have portrayed men at war with such a ring of steely truth."--The Houston Post

"A stunner . . . Webb gives us an extraordinary range of acutely observed people, not one a stereotype, and as many different ways of looking at that miserable war."--Newsweek

"A novel of such fullness and impact, one is tempted to compare it to Norman Mailer's The Naked and the Dead."--The Oregonian

"Webb's book has the unmistakable sound of truth acquired the hard way. His men hate the war; it is a lethal fact cut adrift from personal sense. Yet they understand that its profound insanity, its blood and oblivion, have in some way made them fall in love with battle and with each other."--Time

» Have you read this book? We'd like to know what you think about it - write a review about Fields of Fire book by James H. Webb and you'll earn 50c in Boomerang Bucks loyalty dollars (you must be a Boomerang Books Account Holder - it's free to sign up and there are great benefits!) 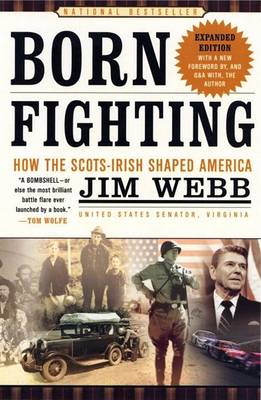