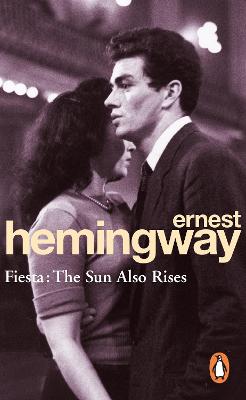 Paris in the twenties - Pernod, parties and expatriate Americans, loose-living on money from home. Jake is wildely in love with Brett Ashley, aristocratic and irresistibly beautiful, but with an abandoned sensuous nature that she cannot control. the couple are pulled towards the dazzle and excitement of the Spanish FIESTA, with the heady atmosphere of the bullfight, where their affair becomes strained by new passions, new jeaulousies. . . Powerful, intense, visually magnificent, FIESTA is the novel which established Hemingway as a writer of genius.

Other Editions - Fiesta by Ernest Hemingway 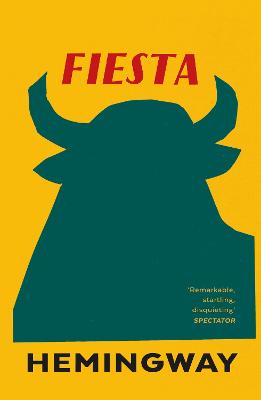 » Have you read this book? We'd like to know what you think about it - write a review about Fiesta book by Ernest Hemingway and you'll earn 50c in Boomerang Bucks loyalty dollars (you must be a Boomerang Books Account Holder - it's free to sign up and there are great benefits!)

Ernest Miller Hemingway was born in Chicago in 1899 as the son of a doctor and the second of six children. After a stint as an ambulance driver at the Italian front, Hemingway came home to America in1919, only to return to the battlefield - this time as a reporter on the Greco-Turkish war - in 1922. Resigning from journalism to focus on his writing instead, he moved to Paris where he renewed his earlier friendship with fellow American expatriates such as Ezra Pound and Gertrude Stein. Through the years, Hemingway travelled widely and wrote avidly, becoming an internationally recognized literary master of his craft. He received the Nobel Prize for Literature in 1954, following the publication of The Old Man and the Sea. He died in 1961.