The Discworld is very much like our own - if our own were to consist of a flat planet balanced on the back of four elephants which stand on the back of a giant turtle, that is . . .

'Well, he thought, so this is diplomacy. It's lying, only for a better class of people.

They say that diplomacy is a gentle art. That mastering it is a lifetime's work. But you do need a certain inclination in that direction. It's not something you can just pick up on the job.

A few days ago Sam Vimes was a copper - an important copper, true - chief of police - but still, at his core, a policeman. But today he is an ambassador - to the mysterious, fat-rich country of Uberwald. Today, Sam Vimes is also a man on the run.

At some point during his ambassadorship, things went very wrong. It's snowing. It's freezing. And if Vimes can't make it through the forest, with only his wits and the gloomy trousers of Uncle Vanya (don't ask), there's going to be a terrible war.

The Discworld novels can be read in any order but The Fifth Elephant is the fifth in the City Watch series.

Other Editions - The Fifth Elephant by Terry Pratchett 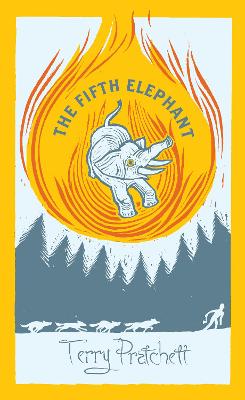 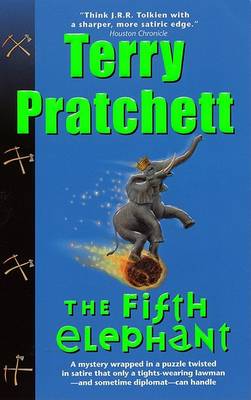 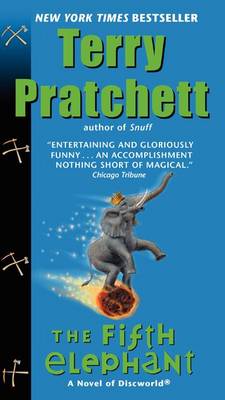 » Have you read this book? We'd like to know what you think about it - write a review about Fifth Elephant book by Terry Pratchett and you'll earn 50c in Boomerang Bucks loyalty dollars (you must be a Boomerang Books Account Holder - it's free to sign up and there are great benefits!)