Fifty Things that Made the Modern Economy

Description - Fifty Things that Made the Modern Economy by Tim Harford

Based on the series produced for the BBC World ServiceWho thought up paper money? How did the contraceptive pill change the face of the legal profession? Why was the horse collar as important for human progress as the steam engine? How did the humble spreadsheet turn the world of finance upside-down?The world economy defies comprehension. A continuously-changing system of immense complexity, it offers over ten billion distinct products and services, doubles in size every fifteen years, and links almost every one of the planet's seven billion people. It delivers astonishing luxury to hundreds of millions. It also leaves hundreds of millions behind, puts tremendous strains on the ecosystem, and has an alarming habit of stalling. Nobody is in charge of it. Indeed, no individual understands more than a fraction of what's going on. How can we make sense of this bewildering system on which our lives depend?From the tally-stick to Bitcoin, the canal lock to the jumbo jet, each invention in Tim Harford's fascinating new book has its own curious, surprising and memorable story, a vignette against a grand backdrop. Step by step, readers will start to understand where we are, how we got here, and where we might be going next.Hidden connections will be laid bare: how the barcode undermined family corner shops; why the gramophone widened inequality; how barbed wire shaped America. We'll meet the characters who developed some of these inventions, profited from them, or were ruined by them. We'll trace the economic principles that help to explain their transformative effects. And we'll ask what lessons we can learn to make wise use of future inventions, in a world where the pace of innovation will only accelerate. 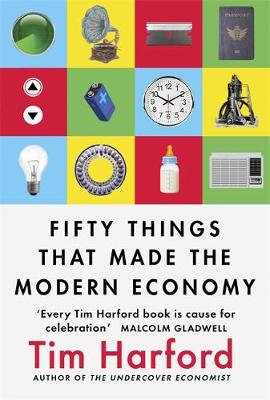 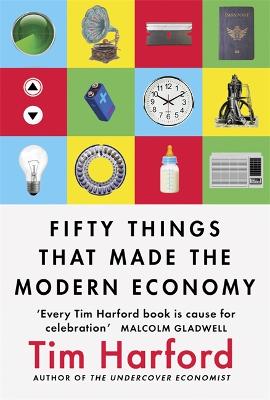 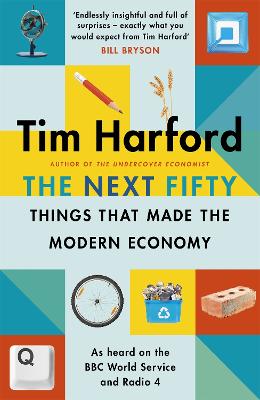 » Have you read this book? We'd like to know what you think about it - write a review about Fifty Things that Made the Modern Economy book by Tim Harford and you'll earn 50c in Boomerang Bucks loyalty dollars (you must be a Boomerang Books Account Holder - it's free to sign up and there are great benefits!)

Tim Harford is a senior columnist at the Financial Times, and his writing has appeared everywhere from Esquire and Wired to the Washington Post and the New York Times. His previous books include Adapt, The Logic of Life, the million-selling The Undercover Economist, Dear Undercover Economist and The Undercover Economist Strikes Back. Harford is a visiting fellow at Nuffield College, Oxford, was named Economics Commentator of the Year in 2014 and won the Royal Statistical Society Journalistic Excellence Award 2015 and the Society of Business Economists Writing Prize 2014-15. On BBC Radio 4, Harford presents More or Less, which was commended by the Royal Statistical Society for excellence in journalism each year from 2010 to 2014. He has spoken about his ideas at TED and at the Sydney Opera House.

A Preview for this title is currently not available.
More Books By Tim Harford
View All