The Fight for Australia

From Changi and Darwin to Kokoda the Triumph of Bravery, Mateship and Courage That Saved Us in World War II

Description - The Fight for Australia by Roland Perry

The compelling story of Australia's desperate fight for survival during World War II.In the dark days following the fall of Singapore in February 1942, Australia faced its toughest battle yet. It was centrestage and under direct attack from seemingly invincible Japanese forces. Winston Churchill was demanding our best battle-hardened troops stay in North Africa while President Roosevelt called for them to fight the Japanese in Burma. But Prime Minister John Curtin insisted, in an act of defiance, that they return to defend their homeland.Australia had never been more isolated - strategically, politically and physically. Or less prepared.In this masterful and gripping account, Roland Perry brings to life the bravery of our fellow Australians: from the forces engaged in brutal frontline fighting in the jungle, sea and air, to the backroom strategic campaigns waged by our politicians, and the sacrifices made on the home front.THE FIGHT FOR AUSTRALIA is the rich and revealing story of how we, as a nation, fought for our very survival - and stood up for our interests, against friend and foe alike. Now part of the HACHETTE MILITARY COLLECTION.'A very readable and engaging study of Australia's Pacific war.' AUSTRALIAN DEFENCE MAGAZINEPreviously published in hardback as PACIFIC 360

Other Editions - The Fight for Australia by Roland Perry 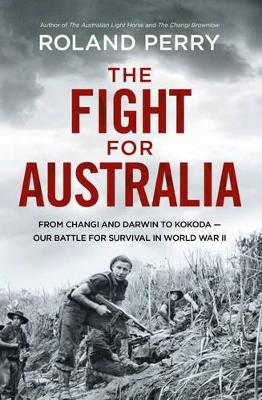 Book Reviews - The Fight for Australia by Roland Perry

» Have you read this book? We'd like to know what you think about it - write a review about Fight for Australia book by Roland Perry and you'll earn 50c in Boomerang Bucks loyalty dollars (you must be a Boomerang Books Account Holder - it's free to sign up and there are great benefits!)