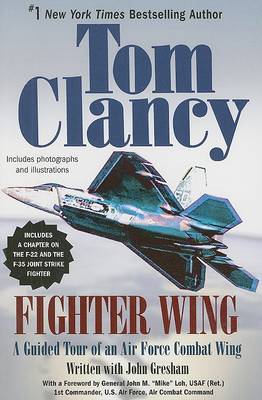 A Guided Tour of an Air Force Combat Wing

The #1 "New York Times" bestselling master of the military genre takes to the skies with the U.S. Air Forces elite Fighter Wing. With his compelling style and unerring eye for detail, Clancy shows readers what it really means to be the best of the best. 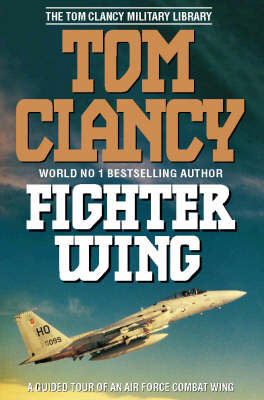 » Have you read this book? We'd like to know what you think about it - write a review about Fighter Wing book by Tom Clancy and you'll earn 50c in Boomerang Bucks loyalty dollars (you must be a Boomerang Books Account Holder - it's free to sign up and there are great benefits!)

Thirty years ago Tom Clancy was a Maryland insurance broker with a passion for naval history. Years before, he had been an English major at Baltimore's Loyola College and had always dreamed of writing a novel. His first effort, The Hunt for Red October, sold briskly as a result of rave reviews, then catapulted onto the New York Times bestseller list after President Reagan pronounced it "the perfect yarn." From that day forward, Clancy established himself as an undisputed master at blending exceptional realism and authenticity, intricate plotting, and razor-sharp suspense. He passed away in October 2013. John D. Gresham is an author, researcher, photographer, and game designer. He helped Tom Clancy write a bestselling series of nonfiction books about military units, including Submarine, Armored Cav, Fighter Wing, Marine, Airborne, Carrier, and Special Forces. He lives in Fairfax, Virginia.