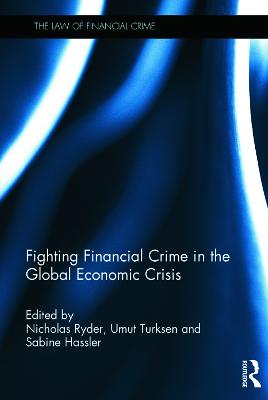 Many commentators, regulatory agencies and politicians have blamed the risky behaviour of both financial institutions and their actors for the collapse of the United States sub-prime mortgage market which in turn precipitated the global 'Credit Crunch'. This edited volume explores how financial crime played a significant role in the global economic crisis.

The volume features contributions from internationally renowned academic and practitioner experts in the field who pinpoint some of the most important facets of financial crime which have emerged over recent years. Key subjects include: the possibility of criminalising reckless risk-taking on the financial markets; the duty of banks to prevent money-laundering and corruption; the growth of the Shadow Banking System; and the manipulation of LIBOR by banks. The book illustrates the global nature of financial crime, and highlights the complex relationships between regulatory bodies, law enforcement agencies and private actors in the attempt to limit the harmful effect of white collar crime on the stability of the financial sector.

This book will be of great use and interest to scholars, practitioners and students within the field of financial crime, banking and finance law, and international political economy. 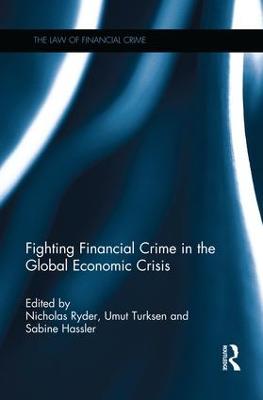 » Have you read this book? We'd like to know what you think about it - write a review about Fighting Financial Crime in the Global Economic Crisis book by Nicholas Ryder and you'll earn 50c in Boomerang Bucks loyalty dollars (you must be a Boomerang Books Account Holder - it's free to sign up and there are great benefits!)

One wonders from time to time where we in the United Kingdom would be without our financial services industry. It is the backbone of our economy and the question of whether any of us could survive without it was especially prevalent in 2007. That was the year which saw the emergence on both sides of the Atlantic, of the worst financial crisis since the Wall Street Crash of 1929.

There was scarcely a financial institution that was not affected, but survive we did. Whether we have satisfactorily recovered or not is another matter. Millions of words and a veritable library of books have been written about these and related matters. This new book from Routledge, which explores the link between the global economic crisis and financial crime, must surely be one of the best.

The book is an edited work by Nicholas Ryder, Umut Turksen and Sabine Hassler of the University of the West of England. It presents the contributions of fifteen experts in this burgeoning field of study. One is Jonathan Fisher QC, a practising barrister, leading QC and Visiting Professor at the London School of Economics. His specialist areas: white collar crime, financial regulation and tax avoidance cases. He is also the general editor of Lloyds Law Reports and Financial Crime; as well as a Chartered Tax Adviser and Fellow of the Chartered Institute of Taxation.

His article for this book entitled ‘Risk, Recklessness and Policing Financial Markets’ discusses the inevitable tension between calculated risk-taking and reckless risk-taking, knowing when there’s a difference and the possible penalties that could, or should, result for making the wrong decision. The commentary is quite compelling including, for example, the remarks on City traders -- and J.P. Morgan and the London Whale! Read the book if you want to know more.

But first read the editors’ introduction which gives, by way of reminder, a review of the financial crisis, centering on what happened and why. Subsequent chapters deal with such issues as LIBOR and money laundering. Indeed Chapter 6 will be of direct interest to solicitors, as it deals with the anti-money laundering framework, reporting suspicions, applying for consent and tipping-off.

The final chapters offer much comment on virtual currencies such as Britcoin, the need to regulate them and also the need for the regulation of cyberspace. The last chapter looks at enforcement mechanisms in both the US and UK, from disqualification of directors, to custodial sentences and a range of other measures.

Whatever your interest in financial crime, this book subjects it, in all its facets, to a concerned and determined scrutiny. It is clear, succinct, thought provoking and at times appropriately fierce in its condemnation of this increasingly commonplace form of criminal activity which has affected not only the developed world but emerging economies as well.

Anyone involved in the financial services industry wishing to keep abreast of current and innovative thinking in this vital area, should acquire this timely and important book.

A Preview for this title is currently not available.
More Books By Nicholas Ryder
View All