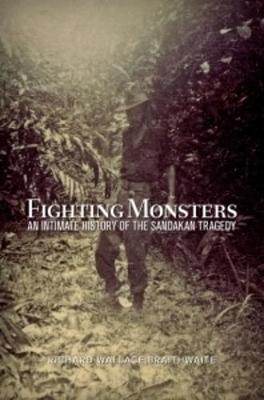 Fighting Monsters: An Intimate History of the Sandakan Tragedy

Only six escapees survived the Sandakan death marches of 1945 in North Borneo, the worst atrocity ever inflicted on Australian soldiers. 1787 Australian and 641 British POWs perished. Previous descriptions of the numerous violent acts have yielded little understanding of a situation where the real struggle was to keep one's humanity when so many were losing theirs, whether Allied POWs, local residents of Borneo, Javanese slave labourers, or Japanese soldiers. Understanding this extraordinary story is aided by reference to a wide range of sources in different countries and disciplines, and by examining the perspectives of all players in this terrible game of survival. An unusual and extreme POW story, the Sandakan tragedy had four stages: active resistance in 1942-3, stubborn endurance in 1943-4, the collapse of civilized existence in 1945 and, finally, the postwar decades of torment for the six damaged survivors, the gradual assimilation of the story, the healing of the damage and the commemoration of the tragedy by the families and communities involved. Richard Wallace Braithwaite's father was one of the six survivors of the Sandakan death marches of 1945. He died in 1986, still wanting the story to be properly told. This led to a project that has lasted for much of the last forty years of the author's life, culminating in this book. With a scientific background, Richard worked for many years with CSIRO and universities in the biological and social sciences and in historical research. His extensive and diverse research history and lifelong personal immersion in the story has given him a unique perspective in exploring the complexities of the Sandakan tragedy.

Other Editions - Fighting Monsters: An Intimate History of the Sandakan Tragedy by Richard Wallace Braithwaite 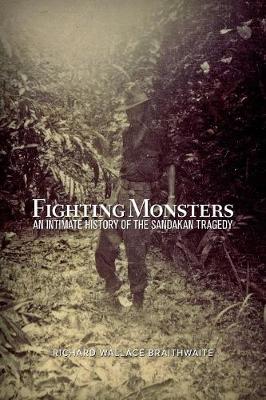 » Have you read this book? We'd like to know what you think about it - write a review about Fighting Monsters: An Intimate History of the Sandakan Tragedy book by Richard Wallace Braithwaite and you'll earn 50c in Boomerang Bucks loyalty dollars (you must be a Boomerang Books Account Holder - it's free to sign up and there are great benefits!)


A Preview for this title is currently not available.
More Books By Richard Wallace Braithwaite
View All