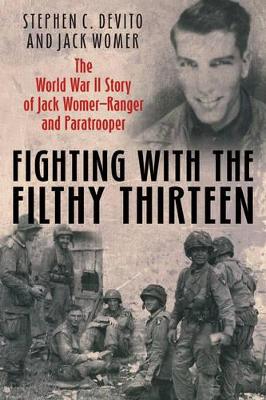 Fighting with the Filthy Thirteen

The World War II Memoirs of Jack Womer-Ranger and Paratrooper

Description - Fighting with the Filthy Thirteen by Jack Womer

The inside account of one of the members of The Filthy Thirteen, fighting as a spearhead of the Screaming Eagles in Normandy, Market Garden and the Battle of the Bulge In 2004 the world was first introduced to The Filthy Thirteen, a book describing the most notorious squad of fighting men in the 101st Airborne Division who were the inspiration for the movie The Dirty Dozen. This is the long awaited work of Jack Womer, one of the squad's integral members, and probably its best soldier. Womer was originally a member of the 29th Infantry Division and selected to be part of its elite Ranger battalion until, after a year of gruelling training under the eyes of British Commando instructors, they were suddenly dissolved. Bitterly disappointed, Womer asked for transfer to another elite unit, the Screaming Eagles, where room was found for him among the division's most miscreant squad of brawlers, drunkards and goof-offs. Beginning on June 6, 1944, however, the Filthy Thirteen began proving themselves more a menace to the German Army than they had been to their own officers and the good people of England, embarking on a year of ferocious combat at the very tip of the Allied advance in Europe. In this work, with the help of Steven DeVito, Womer provides an amazingly frank look at close-quarters combat in Europe, as well as the almost surreal experience of dust-bowl-era GI's entering country after country in their grapple with the Wehrmacht, finally ending up in Hitler's mountaintop lair in Germany itself. Throughout his fights, Jack Womer credited his Ranger/Commando training for helping him to survive, even though most of the rest of the Filthy Thirteen did not. And in the end he found the reward he had most coveted all along; being able to return to his fiancee Theresa back in the States. ILLUSTRATIONS: Photo section

Other Editions - Fighting with the Filthy Thirteen by Jack Womer 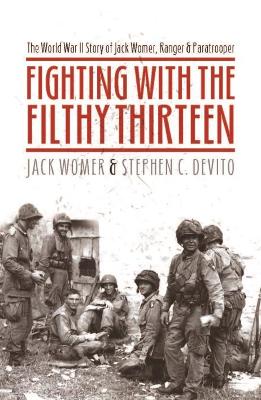 Book Reviews - Fighting with the Filthy Thirteen by Jack Womer

» Have you read this book? We'd like to know what you think about it - write a review about Fighting with the Filthy Thirteen book by Jack Womer and you'll earn 50c in Boomerang Bucks loyalty dollars (you must be a Boomerang Books Account Holder - it's free to sign up and there are great benefits!)

Jack Womer was a World War II veteran of high distinction. Jack was drafted into the 29th Infantry Division in April of 1941, and sent to Europe in October of 1942. Jack volunteered for the 29th Ranger Battalion, undertook training by British Commandos, and was among the relatively few men who met the extensive and rigorous requirements for becoming a Ranger. After the 29th Rangers disbanded in October of 1943, Jack volunteered to become a paratrooper with the 101st Airborne Division and, in January, 1944, was assigned to the Division's 506th Parachute Infantry Regiment's Demolitions Platoon, in the section known infamously as the"Filthy Thirteen". He fought with the Filthy Thirteen in the Invasion of Normandy (D-Day), the Battle for Holland, and the Battle of the Bulge. Arguably the Filthy Thirteen's best soldier, Jack credits his not being injured and surviving the war to his Ranger training and God. Jack was eventually made buck sergeant of the Filthy Thirteen, a position which he held until the end of the war. He passed away in 2013.

A Preview for this title is currently not available.
More Books By Jack Womer
View All