An Introduction to Methods, Theories, and Approaches

Film and Television Analysis is especially designed to introduce undergraduate students to the most important qualitative methodologies used to study film and television.

The methodologies covered include:

With each chapter focusing on a distinct methodology, students are introduced to the historical developments of each approach, along with its vocabulary, significant scholars, key concepts and case studies.

Written in a reader-friendly manner Film and Television Analysis is a vital textbook for students encountering these concepts for the first time.

Other Editions - Film and Television Analysis by Harry Benshoff 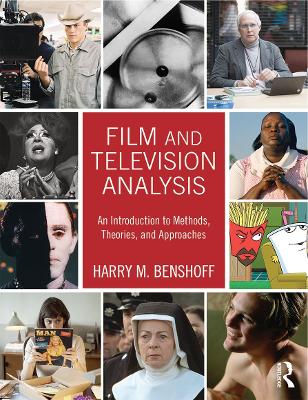 » Have you read this book? We'd like to know what you think about it - write a review about Film and Television Analysis book by Harry Benshoff and you'll earn 50c in Boomerang Bucks loyalty dollars (you must be a Boomerang Books Account Holder - it's free to sign up and there are great benefits!)

Harry M. Benshoff is a Professor of Media Arts at the University of North Texas. He is the editor of A Companion to the Horror Film (2014) and co-author of the best-selling textbook America on Film: Representing Race, Class, Gender, and Sexuality at the Movies (2009).