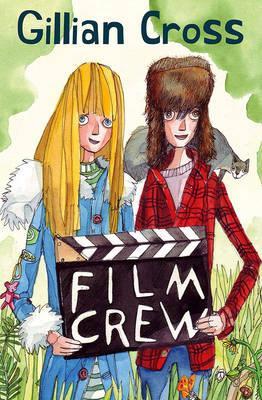 It's Art Week and Lara's class is off for an adventure in a big house in the middle of the woods. Mr Mac is keen to catch every moment on film - even the coach turning up and Mrs Bikila racing to catch it. Everyone gets stuck in to a big art project but when Lara's friend Ted lets her into a project of his own - a magical house high up in the trees - the race is on to keep it secret from Mr Mac and his film crew.

» Have you read this book? We'd like to know what you think about it - write a review about Film Crew book by Gillian Cross and you'll earn 50c in Boomerang Bucks loyalty dollars (you must be a Boomerang Books Account Holder - it's free to sign up and there are great benefits!)

Gillian Cross was born in London in 1945. She studied English at Somerville College, Oxford and the University of Sussex. She had several jobs before becoming a full-time writer including, a baker's assistant, childminder and teacher. Gillian has won many awards for her books including the Carnegie Medal and the Whitbread Children's Book Award and Smarties Prize.