The classic work on film directing, now fully revised for the
millennium
with a foreword by James Garner

introduced by Robert Wise
The Boston Globe said The Film Director iis
more than a solid nuts-and-bolts textbook. It is a fascinating
behind-the-kliegs look at the director's world. Backstage
raved, At long last, a book about directing written by a successful
full-time practitioner of the craft. The New York Times
called The Film Director, "Interestingly written as a clear
and well-illustrated handbook for the beginner", and Film
Reviewer exclaimed "The aspiring director and the student could
not find a more expert and practical guide to the mastering of the
directorial craft".
Now, award-winning Hollywood director Richard L. Bare's
invaluable work on craft and craftsmanship has been completely
revised and updated for a new generation of filmmakers. In it, they
will not only learn to direct, they will also perhaps more
importantly n find out how to get a job directing.
A fascinating behind-the-scenes look at moviemaking, The Film
Director uses firsthand examples from giants such as Hitchcock,
Wilder, Kubrick, Stevens, and Vidor along with discussions of the
working methods of Cameron, Scorsese, Spielberg, and Nichols. The
mechanics and techniques of staging and handling the camera are
examined, the art of keeping a story moving is explained, and
working with actors so that they can give their personal best is
analyzed as Bare did with the volume's foreword writer, James
Garner, whom he discovered. Richard L. Bare brought George Lucas
and Robert Altman to his Hollywood shoots so that they could see
how industry professionals really work; now anyone who picks up
this book can learn, too.
This is a must read for the beginning director on the way to a
first big break, as well as for anyone interested in the challenges
and triumphs of the director's art.

» Have you read this book? We'd like to know what you think about it - write a review about Film Director book by Richard L. Bare and you'll earn 50c in Boomerang Bucks loyalty dollars (you must be a Boomerang Books Account Holder - it's free to sign up and there are great benefits!)

Richard L. Bare is a winner of the Director's Guild Award and was nominated three times for the Academy Award for directing and producing short subjects. He holds the all-time record for a successive number of television shows, having directed all 168 episodes of the television classic Green Acres. Mr. Bare has taught photography and directing at the University of Southern California, where, as an undergraduate, he won the Paul Muni Award for Best Amateur film. 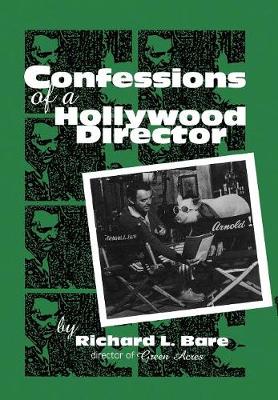