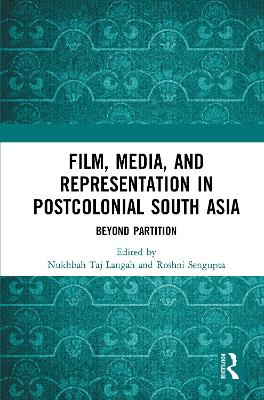 Film, Media and Representation in Postcolonial South Asia: Beyond Partition

This volume brings together new studies and interdisciplinary research on the changing mediascapes in South Asia. Focusing on India, Pakistan, and Bangladesh, it explores the transformations in the sphere of cinema, television, performing arts, visual cultures, cyber space and digital media, beyond the traumas of the partitions of 1947 and 1971.

Through wide-ranging essays on soft power, performance, film, and television; art and visual culture; and cyber space, social media, and digital texts, the book bridges the gap in the study of the postcolonial and post-Partition developments to reimagine South Asia through a critical understanding of popular culture and media. The volume includes scholars and practitioners from the subcontinent to foster dialogue across the borders, and presents diverse and in-depth studies on film, media and representation in the region.

» Have you read this book? We'd like to know what you think about it - write a review about Film, Media and Representation in Postcolonial South Asia: Beyond Partition book by Nukhbah Taj Langah and you'll earn 50c in Boomerang Bucks loyalty dollars (you must be a Boomerang Books Account Holder - it's free to sign up and there are great benefits!)


A Preview for this title is currently not available.
More Books By Nukhbah Taj Langah
View All