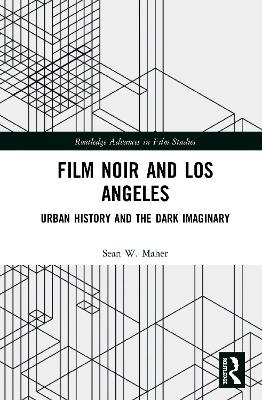 This book combines film studies with urban theory in a spatial exploration of twentieth century Los Angeles. Configured through the dark lens of noir, the author examines an alternate urban history of Los Angeles forged by the fictional modes of detective fiction, film noir and neo noir.

Dark portrayals of the city are analyzed in Raymond Chandler's crime fiction through to key films like Double Indemnity (1944) and The End of Violence (1997). By employing these fictional elements as the basis for historicising the city's unrivalled urban form, the analysis demonstrates an innovative approach to urban historiography.

Revealing some of the earliest tendencies of postmodern expression in Hollywood cinema, this book will be of great relevance to students and researchers working in the fields of film, literature, cultural and urban studies. It will also be of interest to scholars researching histories of Los Angeles and the American noir imagination.

» Have you read this book? We'd like to know what you think about it - write a review about Film Noir and Los Angeles: Urban History and the Dark Imaginary book by Sean W. Maher and you'll earn 50c in Boomerang Bucks loyalty dollars (you must be a Boomerang Books Account Holder - it's free to sign up and there are great benefits!)