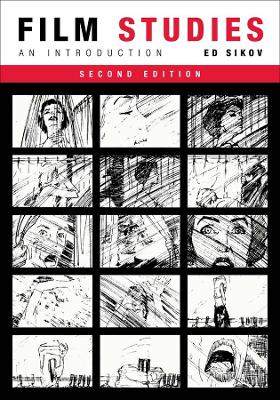 Film Studies is a concise and indispensable introduction to the formal study of cinema. Ed Sikov offers a step-by-step curriculum for the appreciation of all types of narrative cinema, detailing the essential elements of film form and systematically training the spectator to be an active reader and critic. He treats a number of fundamental factors in filmmaking, including editing, composition, lighting, the use of color and sound, and narrative. His description of mise-en-scene helps readers grasp the significance of montage, which in turn reveals the importance of a director's use of camera movement.

Film Studies is designed for courses on film history, film theory, and popular culture. Its straightforward explanations of core critical concepts, practical advice, and technical, visual, and aesthetic aspects anchor the reader's understanding of the formal language and anatomy of film and the techniques of film analysis.

The second edition of this best-selling textbook adds two new chapters: ?Film and Ideology,? which covers how to read a film's political and social content, and other key topics in film theory, and ?Film Studies in the Age of Digital Cinema,? which explores the central problems of studying film when ?film? itself is no longer the medium. » Have you read this book? We'd like to know what you think about it - write a review about Film Studies, second edition: An Introduction book by Ed Sikov and you'll earn 50c in Boomerang Bucks loyalty dollars (you must be a Boomerang Books Account Holder - it's free to sign up and there are great benefits!)


A Preview for this title is currently not available.
More Books By Ed Sikov
View All