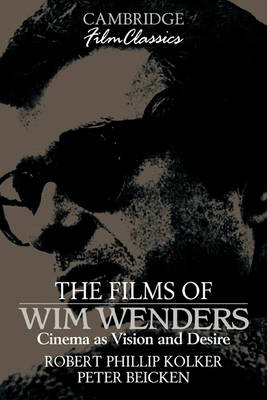 The Films of Wim Wenders

Cinema as Vision and Desire

Description - The Films of Wim Wenders by Robert Phillip Kolker

The authors trace the development of one of the most well-known directors of the New German Cinema that flourished in the 1970s and early 1980s. Examining Wim Wenders' career from his early film school productions through his mature works of the 1970s, this book also analyses the most recent works, as well as the themes and preoccupations that unite his oeuvre. As the authors note, Wenders' works have been profoundly influenced by American films, especially the 'road movie' genre. His own work often features characters who are always on the move, in an attempt to capture a glimpse of their identity and place in the world. They also represent a generation of postwar Germans seeking to redeem themselves and the history of their country by turning to American popular culture, particularly its music and movies.

Other Editions - The Films of Wim Wenders by Robert Phillip Kolker 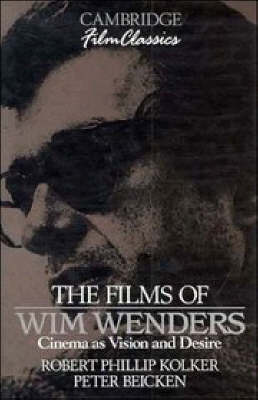 » Have you read this book? We'd like to know what you think about it - write a review about Films of Wim Wenders book by Robert Phillip Kolker and you'll earn 50c in Boomerang Bucks loyalty dollars (you must be a Boomerang Books Account Holder - it's free to sign up and there are great benefits!)


A Preview for this title is currently not available.
More Books By Robert Phillip Kolker
View All