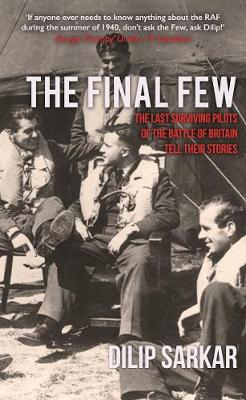 During the summer of 1940, Britain stood alone, defying the Luftwaffe s aerial assault the prelude to a proposed seaborne invasion. Fighter Command faced this challenge against overwhelming odds with immeasurable courage and tenacity, the Prime Minister, Winston Churchill, immortalising these young Spitfire and Hurricane pilots as The Few . Some 2,927 aircrew comprised the Few, 544 of whom made the ultimate sacrifice that fateful summer, now known as the Battle of Britain. A further 791 would perish before the war s end.Today, precious few indeed remain alive worldwide, the Battle of Britain Fighter Association now numbering twenty-seven. Veteran aviation historian Dilip Sarkar, however, has spent a lifetime recording the stories of casualties and the memories of survivors.In this important book commemorating the Battle of Britain s seventy-fifth anniversary, he brings us more original work and new interviews with The Final Few . This is likely to be the last such work produced, as sadly but inevitably Churchill s Few fade from living memory.

Other Editions - The Final Few by Dilip Sarkar 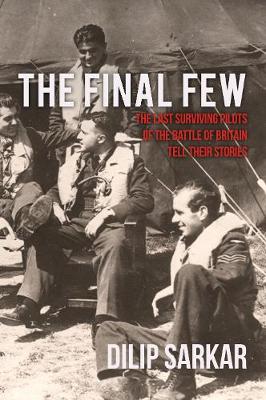 » Have you read this book? We'd like to know what you think about it - write a review about Final Few book by Dilip Sarkar and you'll earn 50c in Boomerang Bucks loyalty dollars (you must be a Boomerang Books Account Holder - it's free to sign up and there are great benefits!)

Dilip Sarkar has been fascinated by the Battle of Britain since childhood, he remains both moved and inspired by the story of Churchill's fabled Few, those young airmen who stood between freedom and a Britain dominated by Nazi Germany. Since the 1970s he has met and interviewed more Battle of Britain pilots than any other historian. He has researched the subject thoroughly and has published over thirty books, titles which include the only biographical works formally endorsed by the families of both Group Captain Sir Douglas Bader and Air Vice-Marshal Johnnie Johnson. In 2003, Dilip was made an MBE for services to aviation history, and elected to the Fellowship of the Royal Historical Society in 2006. He lives in Worcester. For more information please see www.dilipsarkarmbe.co.uk.

A Preview for this title is currently not available.
More Books By Dilip Sarkar
View All