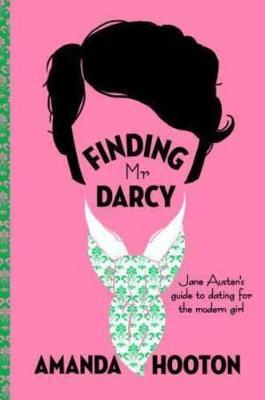 It is a truth universally acknowledged that a single man in possession of a good fortune must be in want of a wife.

Unless, of course, he's gay. Or has a girlfriend. Or is neck deep in twice weekly psychoanalysis and entirely unfit for public interaction.

How does the modern day heroine find her way in a dating world where the rules change faster than she can update her status on Facebook, and there's not a single Georgian ballroom, empire-line dress or pantalooned man in sight?

Intrepid former dater and award-winning journalist Amanda Hooton turns to the ageless wisdom of Jane Austen to solve the eternal dilemmas of romance: how to be as clever as Elizabeth Bennet, as dignified as Elinor Dashwood and as confident as Emma Woodhouse; how to avoid shagging Mr Wickham, marrying Mr Collins, or being dumped by Willoughby; and most importantly of all, how to find Mr Darcy, grapple him to your soul with hoops of steel, and become the part-owner of a country estate in Derbyshire.

If you've ever wondered why your love life doesn't more closely resemble a Jane Austen novel, this is the book for you. Charming, laugh-out-loud hilarious and entirely empathetic, Finding Mr Darcy is a witty, street smart and, above all, wise approach to modern dating, which proves that some things - especially the pursuit of love - really are timeless.

» Have you read this book? We'd like to know what you think about it - write a review about Finding Mr Darcy book by Amanda Hooton and you'll earn 50c in Boomerang Bucks loyalty dollars (you must be a Boomerang Books Account Holder - it's free to sign up and there are great benefits!)

Amanda Hooton moved to Scotland from WA to attend St Andrews university. Having studied Medieval History and English, she used her extensive knowledge of King Arthur and the knights of the round table to secure two weeks' work experience at The Scotsman newspaper in Edinburgh, and spent two years there before moving to the Daily Telegraph in London. She returned to Australia in 1999, and has been a staff journalist at Good Weekend magazine, with the Sydney Morning Herald and The Age newspapers, ever since. She has won both a Walkley award for Australian journalism, and a British Press Award.