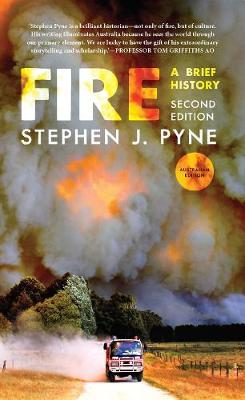 What does a full-blown Fire Age look like? We are about to find out, and Australia will feel the looking-glass transition from an ice world to a fire world more fully and suddenly than elsewhere.

Over vast expanses of time, fire and humanity have interacted to expand the domain of each, transforming the Earth and what it means to be human.

In this concise yet wide-ranging book, Stephen J. Pyne - named by Science magazine as 'the world's leading authority on the history of fire' - explores the surprising dynamics of fire prior to humans, fire and human origins, hunting and foraging, agricultural and pastoral uses of fire, fire ceremonies, fire as an idea and a technology, and industrial fire. With this revised and expanded edition, Pyne looks to the future of fire as an informing presence on Earth. He explores its importance for the 21st century, with special attention to its role in the Anthropocene, or what he posits might equally be called the Pyrocene.

Includes a new preface about Australia and our ever-expanding, catastrophic fire season.

'Stephen Pyne is a brilliant historian - not only of fire, but of culture. His writing illuminates Australia because he sees the world through our primary element. We are lucky to have the gift of his extraordinary storytelling and scholarship.' - Professor Tom Griffiths, AO

'Pyne is the world's leading authority on the history of fire, and his erudition is phenomenal.' -Science

'No one is better qualified to teach us about fire's history, fire's crucial role in shaping landscapes, than Stephen Pyne. His discussions are profoundly valuable.' -New York Times Book Review

'Stephen J. Pyne writes about fire as if he were on fire, with searing, consuming heat and light.' -Seattle Times

Other Editions - Fire: A Brief History by Stephen J Pyne 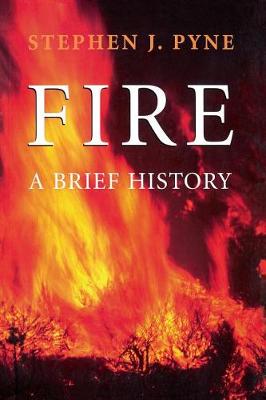 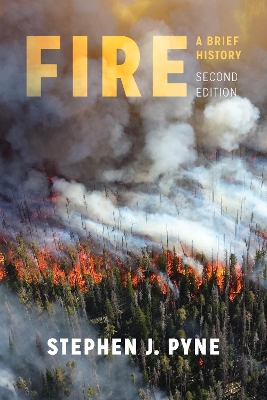 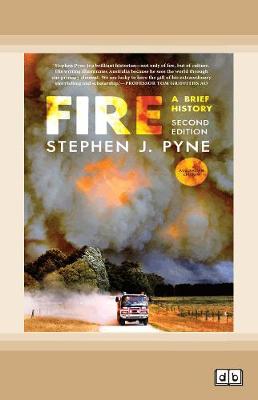 » Have you read this book? We'd like to know what you think about it - write a review about Fire: A Brief History book by Stephen J Pyne and you'll earn 50c in Boomerang Bucks loyalty dollars (you must be a Boomerang Books Account Holder - it's free to sign up and there are great benefits!)

The End of Epidemics: How to stop viruses and save humanity now
Jonathan D. Quick
$22.39 $27.99
More Books By Stephen J Pyne
View All

The Great Ages of Discovery: How Western Civilization Learned About a Wider World
$69.34 $77.04