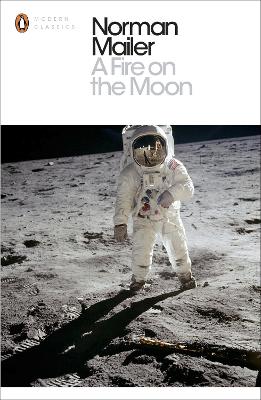 A Fire on the Moon

Description - A Fire on the Moon by Norman Mailer

A Fire on the Moon, written as events unfolded, is Mailer's matchless account of the Apollo 11 mission- the psychology of the astronauts, the launch of their rocket in a burst of white flame, the families left behind, and Mailer's anxieties and terrors about the enormity of what they were doing.
Mailer's superb account, written as it was happening, of the first attempt to land men on the moon
'Houston, Tranquility Base here. The Eagle has landed.'
A Fire on the Moon tells the scarcely credible story of the Apollo 11 mission. It is suffused with Mailer's obsession both with the astronauts themselves and with his own anxieties and terrors about the extremity of what they were trying to achieve. Mailer is both admiring and appalled and the result is a book which is both a gripping narrative and a brilliant depiction of the now-forgotten technical issues and uncertainties around the mission. A Fire on the Moon is also a matchless portrait of an America caught in a morass of introspection and misery, torn apart by the war in Vietnam. But for one, extraordinary week in the summer of 1969 all eyes were on the fates of three men in a rocket, travelling a quarter of a million miles away from Earth.
With an introduction by Geoff Dyer.

Buy A Fire on the Moon by Norman Mailer from Australia's Online Independent Bookstore, Boomerang Books.

Other Editions - A Fire on the Moon by Norman Mailer 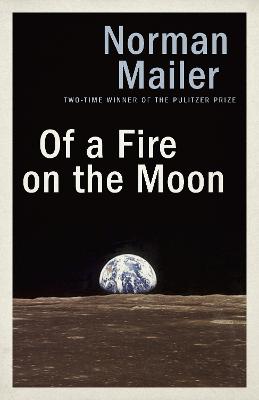 Book Reviews - A Fire on the Moon by Norman Mailer

» Have you read this book? We'd like to know what you think about it - write a review about Fire on the Moon book by Norman Mailer and you'll earn 50c in Boomerang Bucks loyalty dollars (you must be a Boomerang Books Account Holder - it's free to sign up and there are great benefits!)

Norman Mailer (1923-2007) was one of the great post-War American writers, both as a novelist and as one of the key inventors of the New Journalism. His books include the novels The Naked and the Dead, The Deer Park, Why Are We in Vietnam?, The Executioner's Song and Harlot's Ghost and the non-fiction works The Armies of the Night, A Fire on the Moon (published in the USA as Of a Fire on the Moon) and The Fight. He won the National Book Award and twice won the Pulitzer Prize.

Miami and the Siege of Chicago: An Informal History of the Republican and Democratic Conventions of 1968
$18.39 $22.99