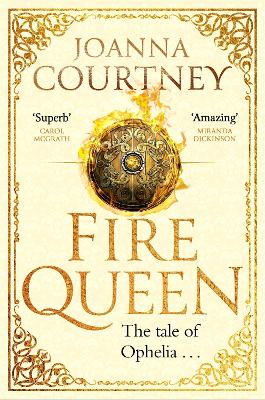 Fire Queen: Shakespeare's Ophelia as you've never seen her before . . .

Lover or leader? Weakling or warrior? Madwoman or misfit?Escape into the untold story of Shakespeare's Ophelia . . . As a young girl, Ofelia stood frozen as her mother threw herself on her father's funeral pyre. Such is the fate, she learned, of the devoted wife and in that moment, she swore never to belong to any man. Years later, she is a force to be reckoned with: right hand woman to the newly crowned Prince Hamlet, to whom she has sworn her sword and her undying loyalty, but refuses his true desire . . . her hand in marriage. When Hamlet's jealous uncle plots against him, Ofelia will have to use every wile at her disposal to keep her prince safe from those who wish him harm. Yet in the end, it could be her unruly heart that is the greatest betrayer of all. A brand new Historical fiction series by the bestselling author of the Queens of Conquest series, her new trilogy unearths the real women behind Shakespeare's most infamous queens . . . If you love Elizabeth Chadwick and Anne O'Brien you will adore Joanna CourtneyPraise for Joanna Courtney: 'A glorious, rich, epic story of love, friendship and sacrifice which will sweep you up and transport you to another time. I absolutely loved this and can't wait for the next book in the series' Rachael Lucas, author of Sealed With A Kiss and Coming Up Roses 'Lovely writing and a terrific sense of narrative drive. Superb!' Carol McGrath, author of The Daughters of Hastings trilogy

Other Editions - Fire Queen: Shakespeare's Ophelia as you've never seen her before . . . by Joanna Courtney 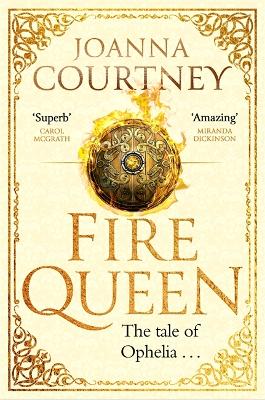 » Have you read this book? We'd like to know what you think about it - write a review about Fire Queen: Shakespeare's Ophelia as you've never seen her before . . . book by Joanna Courtney and you'll earn 50c in Boomerang Bucks loyalty dollars (you must be a Boomerang Books Account Holder - it's free to sign up and there are great benefits!)


A Preview for this title is currently not available.
More Books By Joanna Courtney
View All