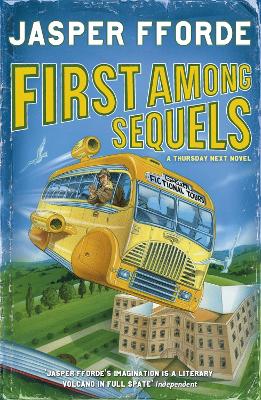 Fourteen years after her last adventure, Thursday Next, literary detective, finds herself in an unusual situation her job policing the fictional characters of the BookWorld has been downgraded since her previous escapades are now themselves in print.However, a pressing threat may call her back into action: first Sherlock Holmes and then Miss Marple are found dead, stopping their series in their tracks. When Thursdays written self also receives a death threat, it becomes clear that a serial killer is on the loose.Meanwhile, the Goliath Corporation plan on taking literary tourists on holiday in the novels of Jane Austen. Thursday alone realizes the true intent of Goliaths unwanted incursions into fiction, but she cant fight all these battles on her own. She must team up with the one person she cant really get along with: the written Thursday Next.

Other Editions - First Among Sequels by Jasper Fforde 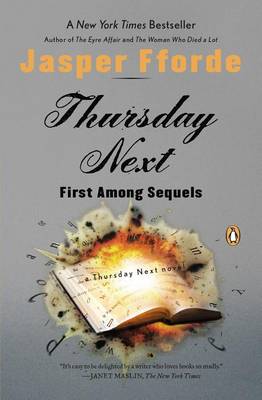 » Have you read this book? We'd like to know what you think about it - write a review about First Among Sequels book by Jasper Fforde and you'll earn 50c in Boomerang Bucks loyalty dollars (you must be a Boomerang Books Account Holder - it's free to sign up and there are great benefits!)

Book Review: First Among Sequels by Jasper Fforde - Reviewed by CloggieA (07 May 2012)

First Among Sequels is the fifth novel in the Thursday Next series by Jasper Fforde. The narration starts in 2002, some fourteen years after Something Rotten. Thursday, now 52 and feeling her age, is working at Acme Carpets, Spec Ops having been disbanded soon after the Commonsense Party came to power. Her sixteen-year-old son, Friday, destined to lead the ChronoGuard and save the world, is a typically teenage smelly, grunty bedslug. Landen and Thursday have two daughters, Tuesday and Jenny, and Landen writes at home whilst Thursday secretly runs her own Spec Ops branch and, in the Book World, trains cadet agents for Jurisfiction. Reality TV shows like Samaritan Kidney Swap have become popular, and read rates are dropping dramatically, a cause for great concern in the Book World. Tension is mounting between some of the genres in the Book World, and the Council of Genres is proposing to make books interactive. As things come to a head, Thursday finds herself, unthinkably, going to Goliath Corporation for help. While some of the pieces about time travel and the ChronoGuard almost had my eyes glazing over, I loved the book refitter’s own language, Schrödinger’s Night Fever Principle, the good ship Moral Dilemma on the Hypothetical Ocean, books whose genres change, piano exchange, the serial killer pun and the cheese smuggling. While Landen has previously been very much in the background, in this instalment his character is developed and we see more of Thursday’s home life. Fforde is always inventive with names and this book is no exception: Mrs Berko Boyler, Daphne Farquit, Aflredo Traficcone, Anne Wirthlass-Schitt, Cherie Yogert, Hedge Moulting, Cliff Hangar, Irritable Vowel Syndrome, and the various cheese names; Salmon Thrusty’s “The Demonic Couplets” is worthy of Rushdie himself. Thursday makes a lovely speech about the importance of the reader. The cliff hanger ending will send readers in search of the next Thursday Next novel, One of Our Thursdays is Missing.

Jasper Fforde traded a varied career in the film industry for staring out of the window and sucking the end of a pencil. He lives and works in Wales and has a passion for aviation. 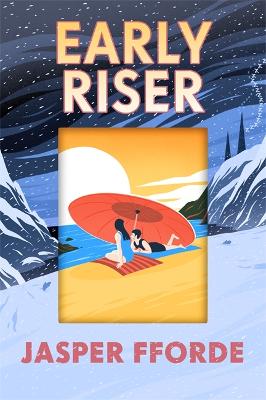