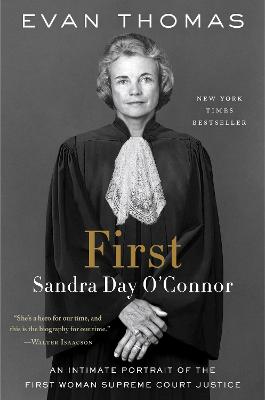 She was born in 1930 in El Paso and grew up on a cattle ranch in Arizona. At a time when women were expected to be homemakers, she set her sights on Stanford University. When she graduated near the top of her law school class in 1952, no firm would even interview her. But Sandra Day O'Connor's story is that of a woman who repeatedly shattered glass ceilings-doing so with a blend of grace, wisdom, humor, understatement, and cowgirl toughness.

She became the first ever female majority leader of a state senate. As a judge on the Arizona Court of Appeals, she stood up to corrupt lawyers and humanized the law. When she arrived at the United States Supreme Court, appointed by President Ronald Reagan in 1981, she began a quarter-century tenure on the Court, hearing cases that ultimately shaped American law. Diagnosed with cancer at fifty-eight, and caring for a husband with Alzheimer's, O'Connor endured every difficulty with grit and poise.

Women and men who want to be leaders and be first in their own lives-who want to learn when to walk away and when to stand their ground-will be inspired by O'Connor's example. This is a remarkably vivid and personal portrait of a woman who loved her family, who believed in serving her country, and who, when she became the most powerful woman in America, built a bridge forward for all women.

"[A] fascinating and revelatory biography . . . a richly detailed picture of [O'Connor's] personal and professional life . . . Evan Thomas's book is not just a biography of a remarkable woman, but an elegy for a worldview that, in law as well as politics, has disappeared from the nation's main stages."-The New York Times Book Review 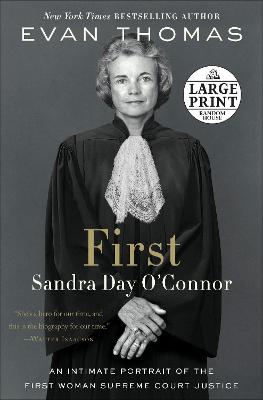 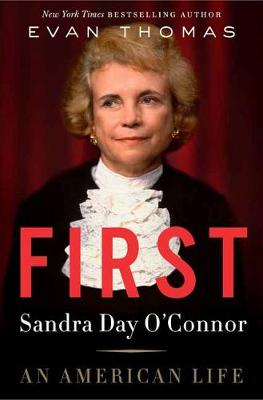 » Have you read this book? We'd like to know what you think about it - write a review about First: Sandra Day O'Connor book by Evan Thomas and you'll earn 50c in Boomerang Bucks loyalty dollars (you must be a Boomerang Books Account Holder - it's free to sign up and there are great benefits!)

A Preview for this title is currently not available.
More Books By Evan Thomas
View All

The Book of the Grayling: Being a Description of the Fish, and the Art of Angling for Him, as Practised Chiefly in the Midlands and the North of England
$73.20 $81.33

North-Country Flies: Comprising Eleven Plates of Hand-Painted Illustrations, from the Author's Own Drawings, with Particulars of the Dressings and Season of Each Fly; And Chapters on Fishing the Minnow, the Creeper, the Stonefly, and the Worm in Clear Wat
$75.18 $83.53