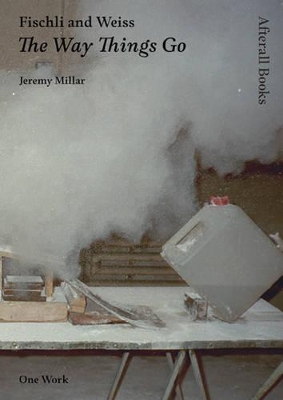 An illustrated discussion of Fischli and Weiss's famous film The Way Things Go, marking the twentieth anniversary of its first screening, explores why this captivating work continues to fascinate viewers.The Way Things Go (Der Lauf der Dinge) is a thirty-minute film by Swiss artists Peter Fischli and David Weiss featuring a series of chain reactions involving ordinary objects. It is also one of the truly amazing works of art produced in the late twentieth century. Admired, even loved, by members of the public as much as it is praised by the more specialist audience of artists, critics, and curators, The Way Things Go was perhaps the most popular work shown at Documenta 8, Kassel, in 1987. The work embodies many of the qualities that make Fischli and Weiss's work among the most captivating in the world today- slapstick humor and profound insight; a forensic attention to detail; a sense of illusion and transformation; and the dynamic exchange between states of order and chaos. In discussing what makes The Way Things Go utterly compelling to its viewers-whether they have seen it one time or many times-Jeremy Millar leaves no doubt as to why this film was chosen for the One Works series. As everyday objects crash, scrape, slide, or fly into one another with devastating, impossible, and persuasive effect, viewers find themselves witnessing a spectacle that seems at once prehistoric and postapocalyptic. Millar tells us why this extraordinary film speaks to us at the beginning of the twenty-first century. If history is "just one thing after another," then The Way Things Go is truly a historic work.
Jeremy Millar is an artist. He is the author of Place (with Tacita Dean) and has contributed to many artist's monographs. He has also curated many solo and group exhibitions internationally. Swiss artists Peter Fischli and David Weiss received Europe's most coveted art prize, the Roswitha Haftmann Prize, in November 2006. A major retrospective of their work, "Flowers and Questions," originating at the Tate, London, travels to Zurich and Hamburg in 2007 and 2008.

Other Editions - Fischli and Weiss by Jeremy Millar 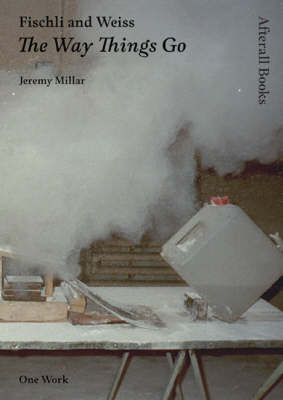 » Have you read this book? We'd like to know what you think about it - write a review about Fischli and Weiss book by Jeremy Millar and you'll earn 50c in Boomerang Bucks loyalty dollars (you must be a Boomerang Books Account Holder - it's free to sign up and there are great benefits!)

Jeremy Millar is an artist. He is the author of Place (with Tacita Dean) and has contributed to many artists' monographs. He has also curated many solo and group exhibitions internationally.

A Preview for this title is currently not available.
More Books By Jeremy Millar
View All