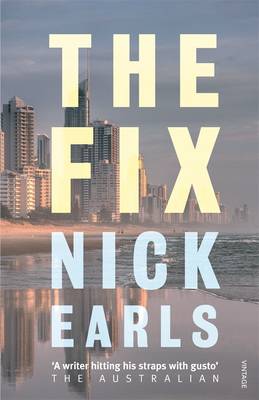 Description - The Fix by Nick Earls

Josh whores himself to his brother's PR firm and inadvertently becomes part of 'the fix'. Shortlisted for The Courier Mail Queensland Book of the Year

Josh whores himself to his brother's PR firm and inadvertently becomes part of 'the fix'. Shortlisted for The Courier Mail Queensland Book of the Year

In need of some quick cash when he returns to Brisbane after years in London, Josh whores himself to his brother's PR firm and inadvertently becomes part of 'the fix'.

Josh went to London with investigative journalism on his mind, but he carved out a reputation as a fixer instead and mastered the art of spinning any client out of a crisis. Now he's home in Brisbane, and this time the job is supposed to be good news. The client is a law firm, the talent is Ben Harkin, and the story is the Star of Courage Ben is about to be awarded for his bravery in a siege.

But it was Josh's messy past with Ben that was a big part of his move to London in the first place, and the closer he gets to Ben's story the more the cracks start to show. Throw in a law student who's an exotic dancer by night, and a mini-golf tour of the Gold Coast, and Josh's pursuit of the truth becomes way more complicated than he'd ever expected.

Written with warmth, humour and a touch of the detective, The Fix will leave you guessing until the very last page.

Other Editions - The Fix by Nick Earls 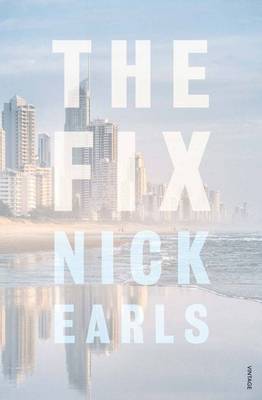 » Have you read this book? We'd like to know what you think about it - write a review about Fix book by Nick Earls and you'll earn 50c in Boomerang Bucks loyalty dollars (you must be a Boomerang Books Account Holder - it's free to sign up and there are great benefits!)