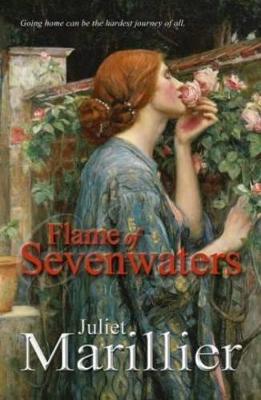 The fifth book in the epic and compulsively readable Sevenwaters series

"Yet another triumph from Marillier" The Weekend West

Going home can be the hardest thing of all...

When Maeve, twenty year old daughter of Lord Sean of Sevenwaters, accompanies a skittish horse back to Erin, she must confront her demons. For Maeve carries the legacy of a childhood fire in her crippled hands. She has lived with her aunt in Britain for ten years, developing a special gift for gentling difficult animals.

Maeve arrives home to find Sevenwaters in turmoil. The forest surrounding her father's keep also has uncanny inhabitants, including a community of Fair Folk. Now the fey prince Mac Dara has become desperate to see his only son return to the Otherworld to rule after him. To force Sean's hand, Mac Dara has made innocent travellers on the Sevenwaters border disappear, and now their bodies are appearing one by one in bizarre circumstances. Mac Dara's malign activities must be stopped. But how? What human army can defeat a force with magic at its fingertips?

Maeve's gift with animals earns her respect at Sevenwaters. She bonds with her enigmatic small brother, Finbar, his druid tutor Luachan, and two stray dogs. When Maeve discovers the body of one of the missing men, she and Finbar are drawn into a journey where the stakes are high: they may bring about the end of Mac Dara's reign, or suffer a hideous death. For Maeve, success may lead to a future she has not dared to believe possible.

Shortlisted for the Aurealis Award for Best Fantasy Novel

Other Editions - Flame of Sevenwaters by Juliet Marillier » Have you read this book? We'd like to know what you think about it - write a review about Flame of Sevenwaters book by Juliet Marillier and you'll earn 50c in Boomerang Bucks loyalty dollars (you must be a Boomerang Books Account Holder - it's free to sign up and there are great benefits!)

Juliet Marillier was born in Dunedin, New Zealand, a town with strong Scottish roots. She graduated from Otago University with degrees in arts and music, and has had a varied career which included teaching and performing music as well as working in government agencies. Juliet now lives in a hundred-year-old cottage near the river in Perth, Western Australia, where she writes full-time. She is a member of the druid order OBOD. Juliet shares her home with three dogs and a cat. www.julietmarillier.com