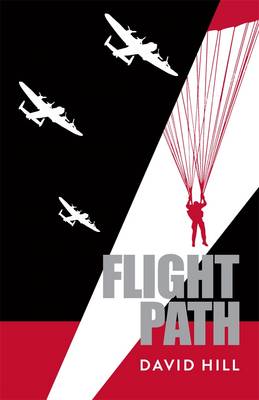 A gripping novel for young adults that captures both the daring and the everyday realities of serving in the Air Force during the Second World War.

Pete and Paul yelled together. 'Bandit! Nine o'clock! Bandit!'
Jack spun to stare. There was the Messerschmitt on their left, streaking straight at them.

Eighteen-year-old Jack wanted to escape boring little New Zealand. But he soon finds that flying in a Lancaster bomber to attack Hitler's forces brings terror as well as excitement. With every dangerous mission, he becomes more afraid that he'll never get back alive. He wants to help win the war, but will he lose his own life?
My Brother's War- '... there are stories that need to be told over and over again, to introduce a new generation of readers to important ideas and to critical times in their country's history ... Hill's descriptions of trench warfare are unforgettable.' from the Judges' Report of the New Zealand Post Book Awards for Children and Young Adults 2013 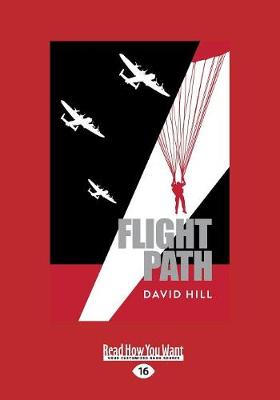 » Have you read this book? We'd like to know what you think about it - write a review about Flight Path book by David Hill and you'll earn 50c in Boomerang Bucks loyalty dollars (you must be a Boomerang Books Account Holder - it's free to sign up and there are great benefits!)

David Hill is a prolific and highly regarded New Zealand writer, playwright, poet, columnist and critic. Best known for his highly popular and award-winning body of work for young people, ranging from picture books to teenage fiction, his novels have been published all around the world and translated into several languages, and his short stories and plays for young people have been broadcast here and overseas. Born in Napier, New Zealand, David studied at Victoria University of Wellington and became a high-school teacher, teaching both in New Zealand and the UK. In 1982 he became a full-time writer and his first novel for teenagers, See Ya, Simon (1992), about a boy with muscular dystrophy, was shortlisted for major awards in New Zealand and the UK and won the 1994 Times Educational Supplement Award for Special Needs. An enduringly popular novel used as a class text in high schools all over New Zealand, in 2002 it was awarded the Storylines Gaelyn Gordon Award for a Much-loved Book. David has published more than 40 titles over the past three decades. His most recent junior novels include My Brother's War (2012), which in 2013 won the Junior Fiction Award and the Children's Choice Junior Fiction Award in the New Zealand Post Book Awards for Children and Young Adults, the LIANZA Librarian's Choice Award and was listed as a Storylines Notable Junior Fiction book, a White Raven and an IBBY Honour book. This was followed by novels Brave Company (2014) - also a Storylines Notable Junior Fiction book; The Deadly Sky (2015); and Enemy Camp (2016), about an incident which took place at the Featherston Japanese prisoner-of-war camp in 1943. It won the 2016 HELL Children's Choice Award for Junior Fiction. David is also the autho