Description - The Flight by Matthew Hall

Coroner Jenny Cooper returns in her most explosive journey yet... When Flight 189 plunges into the Severn Estuary, Coroner Jenny Cooper finds herself handling the case of a lone sailor whose boat appears to have been sunk by the stricken plane, and drawn into the mysterious fate of a ten-year-old girl, Amy Patterson, a passenger on 189, whose largely unmarked body is washed up alongside his. While a massive and highly secretive operation is launched to recover clues from the wreckage, Jenny begins to ask questions the official investigation doesn't want answered. How could such a high tech plane - virtually impregnable against human error - fail? What linked the high powered passengers who found themselves on this ill-fated flight? And how did Amy Patterson survive the crash, only to perish hours later? Under pressure from Amy's grieving mother, and opposed by those at the very highest levels of government, Jenny must race against time to seek the truth behind this terrible disaster, before it can happen again...

Other Editions - The Flight by Matthew Hall 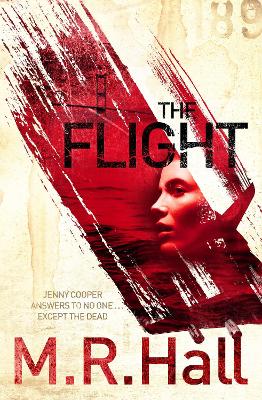 » Have you read this book? We'd like to know what you think about it - write a review about Flight book by Matthew Hall and you'll earn 50c in Boomerang Bucks loyalty dollars (you must be a Boomerang Books Account Holder - it's free to sign up and there are great benefits!)

M. R. Hall is a screenwriter and producer and former criminal barrister. Educated at Hereford Cathedral School and Worcester College, Oxford, he lives in the Wye Valley in Monmouthshire with his wife and two sons.

A Preview for this title is currently not available.
More Books By Matthew Hall
View All

Greening Criminology in the 21st Century: Contemporary debates and future directions in the study of environmental harm
$81.17 $81.99

Body Language: Your Great Guide For The World Of Body Language Psychology And The Different Techniques Of Dark Psychology and Non-Verbal Communication To Become The Master Of Your Success
$73.81 $82.01

How to Analyze People: The Ultimate Real-Life Manual On Covert Manipulation By Revealing NLP Secrets And The Completely New Approach To Manipulation Using NLP Techniques
$78.00 $86.67

Body Language Psychology: Your Definitive Guide On How To Analyze Body Language And Learn All About The World Of Dark Psychology Secrets And Persuasion
$124.20 $138.00

NLP Secrets: Your Helpful Guide To Understand The Secrets And Techniques Of NLP And Persuasion To Become The Master Of Your Success
$82.03 $91.14