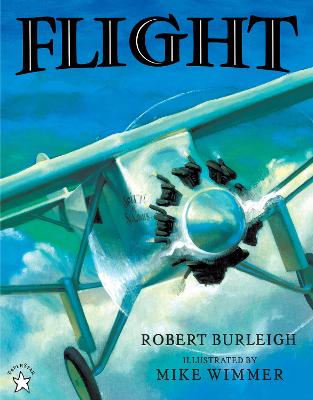 The Journey of Charles Lindbergh

Winner of the Orbis Pictus Award for Nonfiction and Publishers Weekly Best Book of the Year.

Flight. Loneliness. Fear. Danger. Courage. Charles Lindbergh considered all these things and more when he set out for Paris on the morning of May 20, 1927, with only two compasses and the stars for his guides. Experience all the drama of Lindbergh's history-making flight with startling intimacy as you travel along with the first pilot to fly solo across the Atlantic, and follow the courage and endurance of one man who dared to make his dream come true.

"(A) glorious re-creation of an epic adventure."--Publishers Weekly
"Brings new life to one of the stories of the century."--Kirkus Reviews

Other Editions - Flight by Robert Burleigh 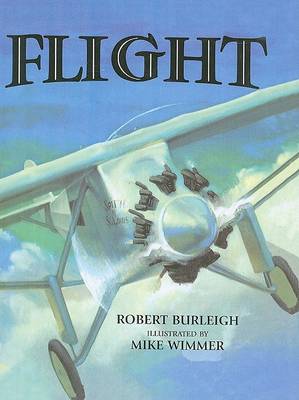 » Have you read this book? We'd like to know what you think about it - write a review about Flight book by Robert Burleigh and you'll earn 50c in Boomerang Bucks loyalty dollars (you must be a Boomerang Books Account Holder - it's free to sign up and there are great benefits!)

Robert Burleigh has published poems, reviews, essays, many filmstrips and videos, and more than 40 children's picture books. Born and raised in Chicago, he graduated from DePauw University (Greencastle, Indiana) and later received an MA in humanities from the University of Chicago. His books - including numerous unpublished ones! - run a broad gamut, from stories geared for pre-schoolers to survival stories and biographies aimed at seven to eleven-year-olds.

A Preview for this title is currently not available.
More Books By Robert Burleigh
View All

Sylvia's Bookshop: The Story of Paris's Beloved Bookstore and Its Founder (As Told by the Bookstore Itself!)
$22.67 $26.99