The denuded earth of the iron-ore loading yards, the huge jetties thrusting their way out into the clear blue sea, the endless ponds of the solar salt farm, stretching stark and white over hundreds of hectares ...all appeared a hideous invasion upon nature. But to Mike McAllister, there was something faintly ludicrous about it. Man's interference seemed petty in the face of such unconquerable timelessness. In millions of years, mankind would cease to exist, but this terrain would not. This was the Pilbara. Floodtide is a brilliant observation of turbulent times in the mighty 'Iron Ore State' - Western Australia. The novel traces the fortunes of four men and four families over four memorable decades: The prosperous post-war 1950s when childhood is idyllic and carefree in the small, peaceful city of Perth ...The turbulent 60s when youth is caught up in the conflict of the Vietnam War and free love reigns ...The avaricious 70s when Western Australia's mineral boom sees the rise of a new young breed of aggressive entrepreneurs ...The corrupt 80s and the birth of 'WA Inc', when the alliance of greedy politicians and powerful businessmen brings the state to its knees, even threatening the downfall of the federal government.
Each of the four who travel this journey has a story to tell. An environmentalist fights to save the primitive and beautiful Pilbara coast from the careless ravaging of mining conglomerates; a Vietnam War veteran rises above crippling injuries to discover a talent that gains him an international reputation; and an ambitious geologist joins forces with a hard-core businessman to lead the way in the growth of Perth from a sleepy town to a glittering citadel. But, as the 90s ushers in a new age when innocence is lost, all four are caught up in the irreversible tides of change, and actions must be answered for. Floodtide is a character-driven, merciless rush of blood from the pen of Judy Nunn, one of Australia's master storytellers.

Other Editions - Floodtide by Judy Nunn 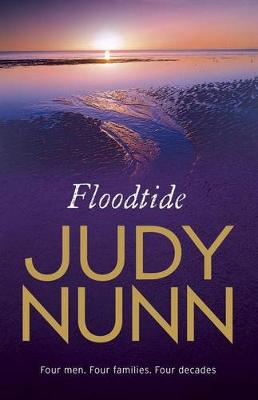 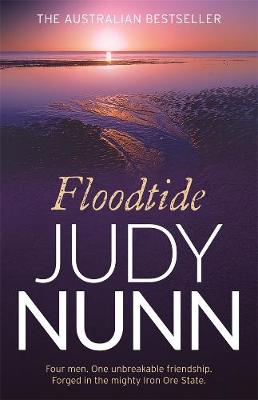 » Have you read this book? We'd like to know what you think about it - write a review about Floodtide book by Judy Nunn and you'll earn 50c in Boomerang Bucks loyalty dollars (you must be a Boomerang Books Account Holder - it's free to sign up and there are great benefits!)


A Preview for this title is currently not available.
More Books By Judy Nunn
View All