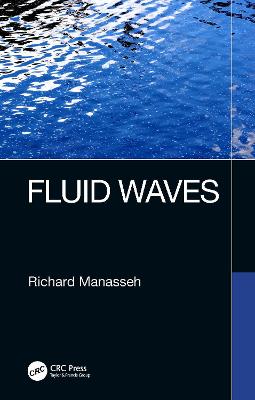 This book derives the mathematical basis for the most-encountered waves in fluids in science and engineering. It gives professionals in important occupations such as maritime engineering, climate science, urban noise control, and medical diagnostics the key formulae needed for calculations. The book begins with the basis of fluid dynamics and subsequent chapters cover surface gravity waves, sound waves, internal gravity waves, waves in rotating fluids, and introduce some nonlinear wave phenomena. Basic phenomena common to all fluid waves such as refraction are detailed. Thereafter, specialized application chapters describe specific contemporary problems. All concepts are supported by narrative examples, illustrations, and problems.

* Explains the basis of wave mechanics in fluid systems.

» Have you read this book? We'd like to know what you think about it - write a review about Fluid Waves book by Richard Manasseh and you'll earn 50c in Boomerang Bucks loyalty dollars (you must be a Boomerang Books Account Holder - it's free to sign up and there are great benefits!)